According to industry insiders, the UAE-based Etihad Airways has also shown interest in the Jet stake sale and is in touch with SBI Caps, the firm mandated to carry out the sale on behalf of the banks` consotorium. 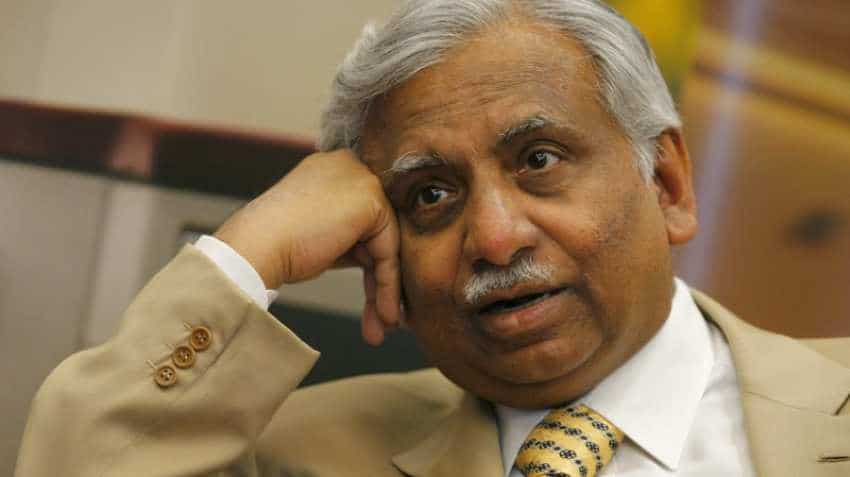 Goyal had stepped down from the board of the airline and ceded majority control to the SBI-led consortium on March 25. Image source: Reuters
Written By: IANS
RELATED NEWS

Even as former Jet Airways` Chairman Naresh Goyal is expected to submit initial bids to purchase stake in the airline, the state-run National Investment and Infrastructure Fund Limited (NIIFL) has shown interest in the cash-strapped carrier`s stake sale initiated by the lenders` consortium, sources privy to development said on Thursday. According to industry insiders, the UAE-based Etihad Airways has also shown interest in the Jet stake sale and is in touch with SBI Caps, the firm mandated to carry out the sale on behalf of the banks` consotorium.

"It is very likely that Goyal will participate in this particular process. However, an NCLT (National Company Law Tribunal adjudicating in insolvency cases) process will not allow ex-promoters to participate in the stake sale," an industry source told IANS in New Delhi.

"Etihad is also expected to put in their bid by Thursday evening. NIIF has been in touch with the lenders. They are an exempted entity and they do not need to send in their EoI (expression of interest) to participate in the process," he said.

Current regulations exempt NIIF or wealth funds from going through the initial process of stake sale, like submission of EoIs.

"As qualified bidders, they (NIIF) have been given the right under the current regulations," another source said.

"Till yesterday (Wednesday) there were 5 bids. Lenders are confident of getting a total of around 10 bids by the end of the EoI submission deadline on Friday."

On Wednesday, the lenders of the debt-ridden airline tweaked the terms of the stake sale and also extended the submission deadline for EoI bids from prospective buyers.

As per a clarification document issued by investment banking major SBI Capital Markets (SBI Cap) on Wednesday, prospective buyers can acquire the company or effect a change in its management control.

The prospective buyers would also be required to furnish solvency certificates.

Through another `clarification` document, the last date for EoI submission was extended from 6 p.m. on Wednesday to 6 p.m. on Friday (April 12).

The issue of further fund infusion into the airline also hangs in the balance, as the lenders will decide whether to pump in more capital based on their assessment of the response to the EoI.

According to the document, the last date for submission of queries has also been extended to April 11.

"While all soft copies of the EoIs are required to submitted by the due date, the hard copies may be submitted by April 16, 2019," it said.

The lenders have offered stake ranging from 31.2 to 75 per cent of the company on a fully diluted basis. Currently, the airline owes Rs 8,000 crore to the lenders` consortium led by the state-run State Bank of India (SBI).
Watch this Zee Business Video

Goyal had stepped down from the board of the airline and ceded majority control to the SBI-led consortium on March 25.