MG Motor which announced plans to enter the Indian market said that it had completed the acquisition of GM's Halol plant in Gujarat. 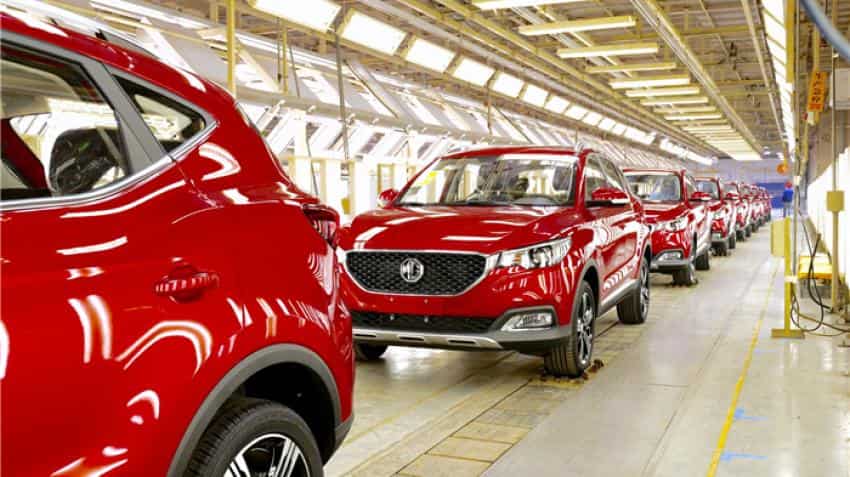 MG Motor India, a wholly-owned subsidiary of China's largest automaker SAIC Motor Corp that owns the brand, aims to launch its first product in 2019 and follow it up with another a year later.

While the SUV segment remains an important segment, the company is yet to finalise products for the Indian market.

"We acquired the Halol plant last week. An agreement has been inked with the Gujarat government and the land transfer and handover have also been completed," MG Motor India President and Managing Director Rajeev Chaba told PTI.

The company acquired the plant on an asset sale basis from General Motors India and therefore, it is free to hire its own fresh workforce at the plant, he added.

The company, part of SAIC, will focus mainly on its MG brand in India. SAIC sells over 6.5 million vehicles annually around the world.

A major chunk of Rs 2,000 crore will be used on acquisition and refurbishing of the Halol plant.

"As the plant is old, it would require a complete makeover. So, the investment would be much more than what was quoted earlier," Chaba said.

When asked about production capacity at the plant, he said that in the first phase of initial 4-5 years, it would be around 80,000 to 85,000 units per annum.

He, however, said the models would carry 'MG' DNA and the brand would be "premier" in whichever segment they would be present.

"The products will reflect the British heritage and elements of what the MG brand stands for. SUVs are one of the possibilities, but nothing is finalised yet," he added.

Stating that already customers in India have expressed interest, he said, "We have around 500-odd owners of old MG vehicles in India."

The company has already hired 70 people and expects to increase the tally to around 1,500 over the next 2-3 years.

The MG brand, which originated as an iconic British Racing Sports Brand in 1924, has evolved into a modern-day innovative brand through the last 93 years.

MG products, designed and engineered at its European and global design centres, will be manufactured in India while conforming to global quality standards and aligning with the Indian regulations, emission norms and driving conditions.

MG sells a range of products, including hatchback MG3 and SUV MG GS in the European market.

SAIC had earlier this year signed a term sheet to evaluate buying the Halol plant of General Motors in Gujarat after the American company decided to stop production as part of consolidation of manufacturing operations in India.

On May 18, General Motors suddenly decided to stop selling its vehicles in India as there was no turnaround in its fortunes here after struggling for over two decades to make a mark.