Along with a huge corpus, the merger will also bring a quarter of all outstanding loans in the banking sector to SBI. 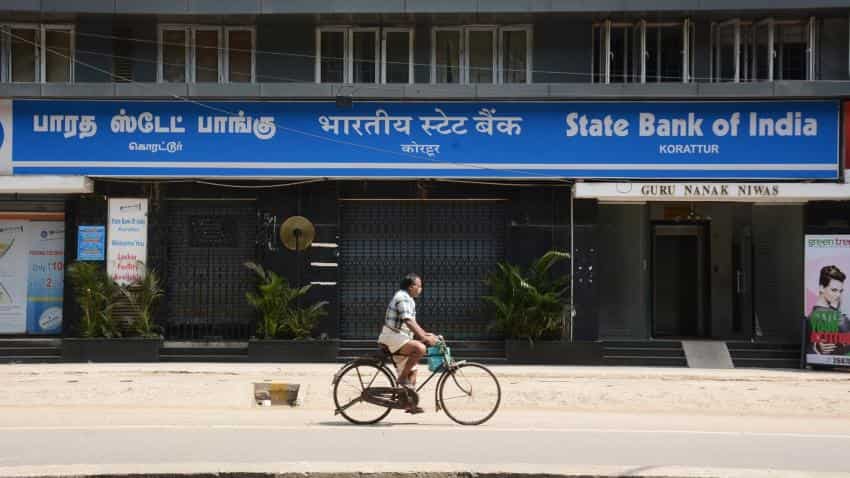 SBI customers' alert: You may face problem in availing these services today—Check State Bank of India services that will be affected on April 1

SBI Card – Are you burdened by payments for big ticket purchase? Here is an opportunity to pay as low as Rs 52

Benefits from the merger of five associate banks of the State Bank of India (SBI) into itself, which will come into effect from April 1, will accrue only from the third quarter of 2017-18 as the initial two quarters may see some increase in costs, the country`s largest lender has said.

"We should start seeing the benefits of the merger after the end of the second quarter," SBI Managing Director Dinesh Kumar Khara told IANS.

"There will be some increase in costs of SBI because of the merger as we will relocate people. What I expect is that costs may go up temporarily. But costs will not be the real representative in Q1, where it will merely be the aggregation, or consolidated balance sheet," he said.

Khara said the costs are likely to show up in the second quarter as SBI rationalises the regional offices of the associate banks.

"But once we start leveraging productivity gains, costs are likely to go down. Maybe over the period we will start seeing the rationalisation effect," he told IANS.

SBI is India`s largest bank with assets of Rs 30.72 lakh crore and figures at No. 64 in the global ranking of banks (as of December 2015; December 2016 ranking is still awaited). Post-merger, with assets of over Rs 40 lakh crore, it will be among the top 50 banks in the world. SBI Chief Economist Soumya Kanti Ghosh told IANS that, post-merger, the bank will be at No. 45.

With a 450 million customers, the merged entity is likely to have deposits worth Rs 25 lakh crore and advances worth Rs 19 lakh crore, according to December 2016 figures.

"SBI will be in top 50 banks of the world with a corpus around Rs 44 lakh crore, deposit and advances put together. When we go and raise funds overseas, it will help us raise resources at a lower cost. Because SBI will be in the top 50 global banks, it can translate into funds for SBI," Khara said.

The bank`s market share will shoot up to 23% from the current 17%. The combined employee strength of SBI after the merger will be 270,000, including 70,000 employees of the five associate banks.

"We will have to relocate some ATMs. The number of branches and ATMs will remain same. We intend to relocate them," Khara told IANS.

Along with a huge corpus, the merger will also bring a quarter of all outstanding loans in the banking sector to SBI. The combined gross non-performing assets (NPAs) of SBI and its five associate banks, in December, stood at 8.70% of the total assets while the net NPAs were at 5.33%.

"As far as the corporate books of associate banks are concerned, we started converging the NPA books of corporates from the September quarter, so I don`t envisage any surprises on that," he said.

To deal with the NPAs, Khara said that the idea of a `bad bank` could be considered, if it is seen not only as a repository of bad assets but with the intention to turnaround these assets.

"The ecosystem is in the process of being created. There are some insolvency professionals coming in. It will be some time before the ecosystem gets created and starts delivering. That kind of vehicle to identify assets that can be turned around is needed," he said.

Khara also added that in 2017-18, the bank is also looking at floating an IPO of its SBI Life insurance subsidiary to raise funds and divest stake.

"We are evaluating an IPO for SBI Life in 2017-18. We plan to do it. It depends on market conditions. It is to raise funds and also divest stake," he said.

SBI has 70% stake in SBI Life. It needs to maintain at least 51% stake in the subsidiary.

SBI customers' alert: You may face problem in availing these services today—Check State Bank of India services that will be affected on April 1

SBI Card – Are you burdened by payments for big ticket purchase? Here is an opportunity to pay as low as Rs 52