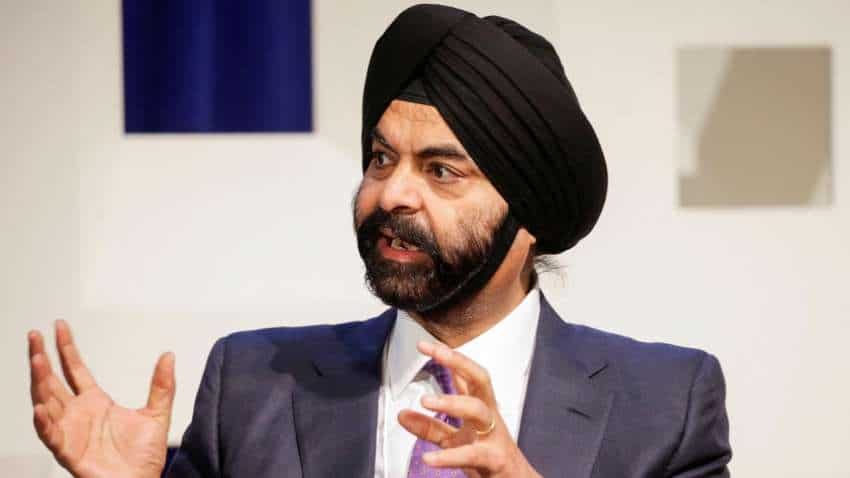 Indian-born top executive said the company has built a growth-oriented mindset and operated with a sense of urgency, delivering a 13 per cent compound annual revenue growth from 2009 through 2019. Photo:Reuters
Written By: PTI
RELATED NEWS

Mastercard's Indian-American President and Chief Executive Officer Ajay Banga will step down from his role and assume charge as Executive Chairman of the Board of Directors, as the payments giant announced Michael Miebach as the new CEO.

The Board unanimously elected Miebach to his new role. As President of the company, Miebach will oversee the sales, marketing, products, services and technology organizations.

Banga, 60, who had been Mastercard's CEO for 10 years, said it has been a privilege to be a part of Mastercard's transformation as a company.

Thanks to the efforts of the entire leadership team, we are well-positioned for future success as we continue to embrace emerging and new technologies, making every device a device of commerce.

The Indian-born top executive said the company has built a growth-oriented mindset and operated with a sense of urgency, delivering a 13 per cent compound annual revenue growth from 2009 through 2019.

Banga further added that as Mastercard moves into the next phase of growth, we have a deep leadership bench with Michael at the helm to take us to the next level.Banga is among the small and growing group of Indian-Americans at the helm of US and global multi-national giants. Last month Indian-origin technology executive Arvind Krishna was named Chief Executive Officer of American IT giant IBM after a "world-class succession process.

Banga said Miebach has a proven track record of building products and running businesses globally and over his career, he has held leadership positions in Europe, the Middle East and Africa and in the US across payments, data, banking services and technology.Banga credited Miebach for being a key architect of Mastercard's multi-rail strategy including leading the acquisition of Vocalink and the pending transaction with Netsto address a broader set of payment flows.

He's also a visionary who kickstarted much of the work behind our financial inclusion journey. I am excited to continue working closely with Michael and supporting Mastercard's success when I become Executive Chairman, Banga said.Miebach said Mastercard has outstanding people, leading technology and tremendous potential and added that he is honored to have the opportunity to lead the company with a team by his side that is second to none.

Mastercard's current Chairman, Richard Haythornthwaite, will retire from the Board after more than a decade of exceptional service when Banga assumes the role of Executive Chairman. Haythornthwaite expressed gratitude to Banga for his outstanding leadership and commitment to Mastercard.

We will continue to benefit from his experience and expertise, he said adding that Banga has led the strategic and cultural transformation that has enabled the company to thrive.

Current Board member, Merit Janow, Dean of the faculty of Columbia University's School of International and Public Affairs (SIPA), was unanimously elected by the Board to become Lead Independent Director on January 1, 2021. She will continue to serve as Chair of the Nominating and CorporateGovernance Committee when Haythornthwaite retires.