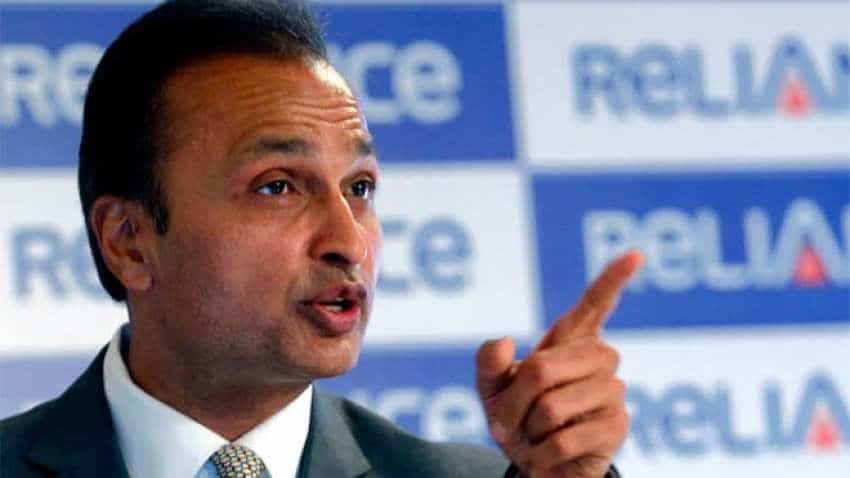 The financial services arm of Reliance Group said its board has recommended and approved that the company take all appropriate legal steps to protect and enhance the value of all its stakeholders. Image source: Reuters

A day after accusing L&T and Edelweiss entities of causing huge market value erosion by "illegal and motivated" sale of their pledged shares, Anil Ambani-led Reliance Group Saturday said boards of its three listed firms have recommended "all appropriate legal steps" to protect shareholders' value. In separate regulatory filings, Reliance Capital, Reliance Infrastructure and Reliance Power said their respective boards met on Saturday to review the events of last week, leading to a sharp fall in their market capitalisation and destruction of wealth.

L&T Finance and Edelweiss Group have refuted the allegations and have counter-alleged Reliance Group of failing to make timely payments, which they said necessitated sale of pledged shares. In its filing, Reliance Capital said its over 7 lakh shareholders have been impacted by what it termed as "illegal, motivated and unwarranted actions of L&T Finance".

The financial services arm of Reliance Group said its board has recommended and approved that the company take all appropriate legal steps to protect and enhance the value of all its stakeholders, especially its over 7 lakh retail shareholders. Reliance Power separately said its board also reviewed the events leading to a sharp fall in market capitalization and destruction of wealth due to "illegal, motivated and unwarranted actions of L&T Finance Limited and Edelweiss Group impacting its over 3.1.75 lakh shareholders".

In its statement on Friday, Reliance Group had alleged that some NBFCs, "substantially L&T Finance and certain entities of Edelweiss Group, have invoked pledge of listed shares of Reliance Group and made open market sales of the value of approximately Rs 400 crore from February 4-7". "The illegal, motivated and wholly unjustified action by the above two groups has precipitated a fall of Rs 13,000 crore, an unprecedented nearly 55 per cent, in market capitalisation of Reliance Group over just these four short days," it had said.

The group said the actions have caused substantial losses to 72 lakh institutional and retail shareholders, and harming the interests of all stakeholders. Further, the group said that Reliance Capital, Reliance Infrastructure and Reliance Power as well as their various subsidiaries are performing satisfactorily on all operating parameters, and there is no change whatsoever on any aspect as compared to the position prevailing prior to these sales.

Refuting the allegations, L&T Finance said it had granted loans against pledge of shares to Reliance ADAG Group companies. "As per loan and pledge agreements, borrower did not cure various events of defaults including providing margin for shortfall in the stipulated security cover. "Despite various notices in the past few months, events of defaults continued. Consequently, L&T Finance enforced its rights of invocation and sold pledged shares to the extent of its outstanding dues by following the due process of contract and law," it said in a statement.

"Despite our best efforts, not only did Reliance ADAG Group fail to address any of the concerns raised by Edelweiss Group, but also continued to breach contractual obligations," it said in a separate statement. On February 4, there was a sharp drop in the prices of Reliance ADAG group shares, which led to further erosion in the collateral value, Edelweiss said, adding that it also gave due opportunity for remediation.

"Since there was no response from Reliance ADAG Group, it necessitated liquidation of the collateral as per the agreed contractual terms. Throughout this process, Edelweiss has acted in a lawful and responsible manner," it added.