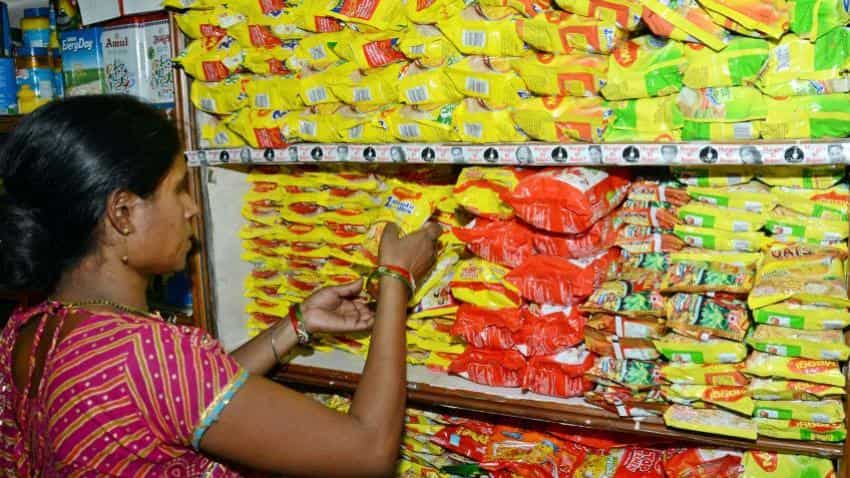 Nestle India posted a net profit of Rs 269.39 crore in the July-September quarter, up 117.25 % from the Rs 124 crore posted in the same period last year. Image Source: IANS
RELATED NEWS

Maggi noodles has regained its share in the domestic market, with consumers flocking to the popular two-minute snack, more than doubling Nestle India's net profits for the quarter-ended September 2016.

While Nestle India said that "the results of the quarter-ended September 30, 2016, were not entirely comparable with the results of the corresponding period due to the Maggi issue in 2015 and a rebuild of Maggi noodles in 2016," Nestle India chairman Suresh Narayanan, said, "We are now clearly in the leadership position in the instant noodles category, which vindicates consumer confidence and trust in brand Maggi."

Nestle India did not put a number on Maggi's resumed market share but a recent Edelweiss report said that it had regained 57% market share in the instant noodles category.

Narayanan added, "Our growth was broad-based across categories aided by spate of innovations and renovation of over 25 new products launched in the recent past. He said, “…the newly launched MAGGI HOT HEADS range has also accelerated our growth in the value added segment.”

“Patanjali noodles have failed to make a mark as consumers continued to vote in favour of Maggi noodles,” the report said.

“Employee Benefits Expense” and “Other Expenses” have increased by 15.6% and 34.6% respectively, (even though as a percentage of Net sales, they have decreased due to better absorption of costs) largely due to rebuild of the MAGGI Noodles business. Brand building activities have also been stepped up.

Nestle India said its 'Employee Benefits Expense' and 'Other expenses’ increased 15.6% and 34.6%, respectively, because of the rebuild of the Maggi Noodles business. Nestle India also spent on brand building activities, which it said, have been "stepped up".

There was a blanket ban on all the varieties of Maggi noodles in 2015, after the Food Safety and Standards Authority of India (FSSAI) found that the instant two-minute noodles were potentially harmful to health.

The ban was revoked by the Bombay High Court on October 19, 2015, after the company contended that Maggi was completely safe and samples that were sent to the independent laboratory for testing, found the quantity of lead to be well below the permissible levels.