Infrastructure giant Larsen and Toubro Wednesday reported 28.36  per cent  jump in its consolidated net profit to Rs 2,593.41 crore for the quarter ended September 30. 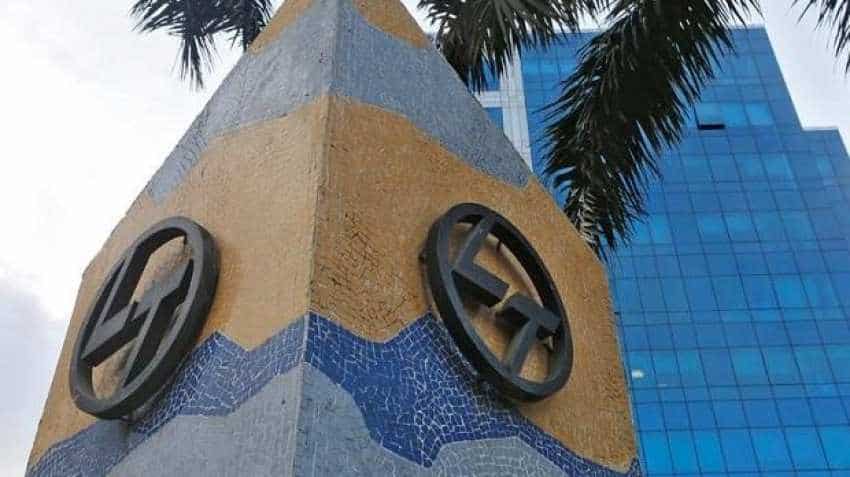 Infrastructure giant Larsen and Toubro Wednesday reported 28.36 per cent jump in its consolidated net profit to Rs 2,593.41 crore for the quarter ended September 30. The company, however, said private sector investments in the country remain cautious in view of increased economic volatility.

It also said that recovery of non-performing corporate debts through insolvency resolution has improved the business sentiments.

The infrastructure conglomerate had clocked a net profit after tax of Rs 2,020.30 crore in the year-ago period.

It also said that 'Make for India' initiative by the government, especially in Defence, is yet to create an impact due to various embroils.

"Fiscal pressures and increased Current Account Deficit are adding to the uncertain economic environment," it said.

The company, however, added that recovery of stressed corporate debts through insolvency resolution has alleviated the concerns on liquidation of funds blocked in stressed assets and also improved the business sentiment.

"The company has witnessed a strong growth of 46 per cent, with order wins worth Rs 41,921 crore at the group level during the quarter ended September 30, 2018 due to pick-up in domestic ordering activity.

International orders at Rs 8,268 crore constituted 20 per cent of the total order inflow," the company said in a statement.

Infrastructure segment secured orders of Rs 23,406 crore during the quarter ended September 30, registering a substantial growth of 69 per cent on a year-on-year basis.

The company said its power segment recorded customer revenue of Rs 1,059 crore during the quarter, a fall of 36 per cent over the corresponding quarter of the previous year, mirroring a depleting order book.

International orders constituted 49 per cent of the total order inflow of the segment during the quarter.

Defence engineering segment reported a revenue of Rs 930 crore, lower by 6 per cent over the corresponding quarter previous year.

International revenue constituted 8 per cent of the total revenue of the segment.

Electrical & Automation (E&A) posted a revenue of Rs 1,403 crore, registering a year-on-year increase of 14 per cent.

On outlook, the company said the government's thrust to infrastructure development, rural electrification, water supply and irrigation has provided investment momentum to the domestic markets for the past few quarters.

Increased spending by the states & the Centre, Public Sector Undertakings and Municipal authorities is further supplemented by bi-lateral and multi-lateral funding agencies, supporting developmental programmes. Besides allocation of funds for projects, a push by the government has also been seen in facilitating faster clearances to ensure speedy, timely execution of the projects, it said.