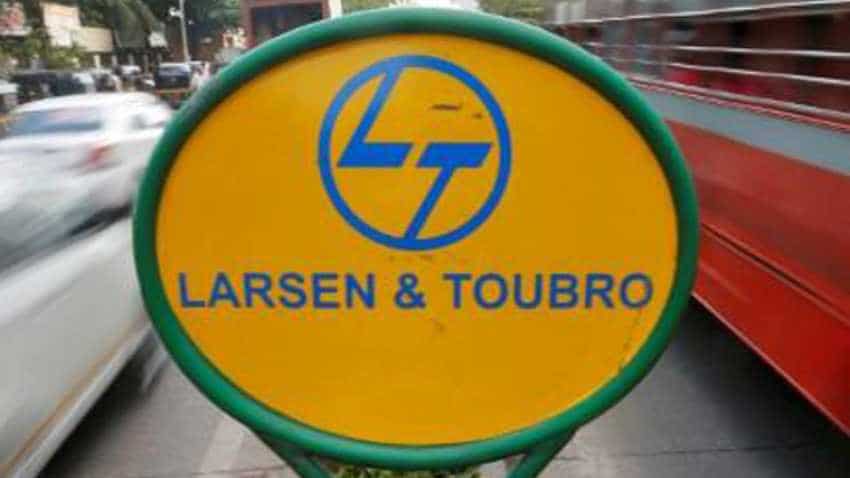 This is the Saudi Aramco contract to LTHE is for oil facilities for the Marjan Increment Program.Image source: Reuters
Written By: Bivekananda Biswas
Edited By: Prashant Singh
RELATED NEWS

Stocks To Buy With Anil Singhvi: This stock will be backbone of stock market - Sanjiv Bhasin explains

Larsen and Toubro (L&T) Hydrocarbon Engineering Limited (LTHE) has been awarded a Rs 7,000 crore order in Marjan Field by Saudi Aramco, the company said in a statement. This is the contract for oil facilities for the Marjan Increment Program. The company has already executed Hasbah Gas Increment Project and other projects in Saudi Arabia, including Marjan, Safaniya, Zulf and Berri. All projects were executed through the company's fabrication facilities in the Middle East and India.

The scope of work for oil facilities for the Marjan Incremental Development Project consists of four tie-in platforms, one tie platform module, nine production deck modules (wellhead decks), 217 km of subsea pipelines across 25 segments, and 145 km of subsea cables across 16 segments, it said. It also includes the replacement of existing control gears at eight existing Offshore platforms and tie-in to existing systems.

"It bears testimony to the execution capability of LTHE with excellent safety and quality performance," the statement said.

This award is received by the consortium of LTHE with EMAS AMC (a Subsea7 company). LTHE is a subsidiary of Larsen & Toubro and is based in Mumbai, India.

Earlier, LTHE had ranked as the top EPC contractor in the Middle East by Oil & Gas Middle East magazine, a leading publication focused on the upstream oil and gas industry in the region. Last year, LTHE was ranked second in the list.

In the list featuring as many as 30 EPC contractors, LTHE took the top spot for its growing presence in the region. A wholly-owned subsidiary of L&T, LTHE won several contracts with Arab oil companies and demonstrated a strong interest in partnership within the region.

Stocks To Buy With Anil Singhvi: This stock will be backbone of stock market - Sanjiv Bhasin explains