As per the Reserve Bank of India`s (RBI) release on system-wide lending and deposit rates, fresh lending rates remain broadly unchanged at 9.8 per cent despite downward revisions to the MCLR. 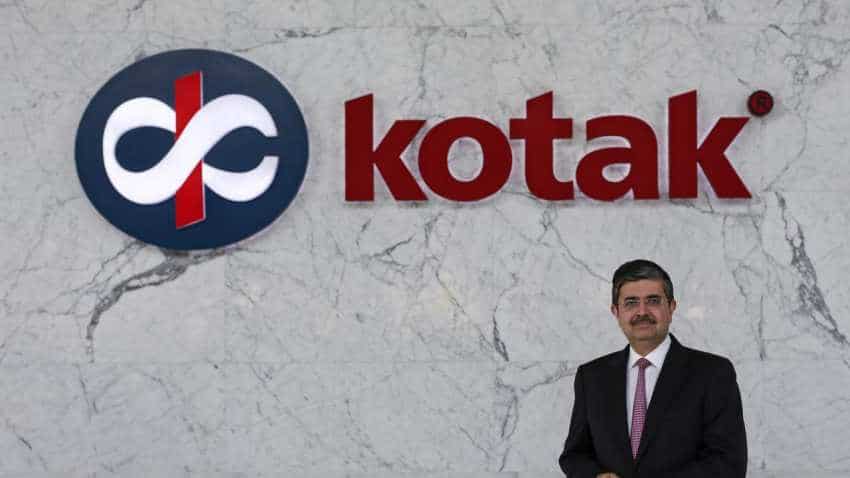 Just be a Student, not a Guru; while being in Stock Market: Nilesh Shah, MD & CEO, Kotak Mutual Fund

Kotak Bank user? Alert! Your debit, credit card transactions may be affected in this period

These factors to drive Sensex this week; here are full details

Term deposit rates have declined 5 bps to 6.85 per cent, while the gap between outstanding loan and fresh loan rates was down 10 bps month-on-month (MoM) at 75 bps. "With the 35 bps decrease in repo (RBI`s short-term lending rate for commercial banks) rate in August 2019 and drop in MCLR rates, lending rates are likely to soften. We are likely to shift focus to market benchmark lending yields from hereon," Kotak said.

The report said that weighted average term deposit rates have started to decline. As per RBI data, term deposit rates were down marginally 5 bps MoM in July 2019 to 6.85 per cent, although up by 15 bps year-on-year (yoy). Term deposit rates had seen strong upward movement from November 2017 to March 2018 by 20 bps to 6.7 per cent but were flat thereafter with a marginal 15 bps rise until September 2018 to 6. 8 per cent and additional 10 bps, thereafter.

The report said wholesale deposit cost has declined sharply by 70 bps in August 2019 taking the total decline in the current fiscal to 170 bps. "We have started to see banks, especially private banks, cutting headline deposit rates in recent months. The gap between repo and term deposit rates has started to converge as banks had struggled in recent times to manage their deposit mobilization activities," Kotak said.

Kotak also noted that lending rates were broadly unchanged for July 2019 despite downward reduction to MCLRs. Fresh lending rates increased marginally by 10 bps MoM in July 2019 to 9.8 per cent after declining 20 bps in June 2019.

MCLR rates started to decline for private banks in August 2019 after having remained stable over the last few months while PSBs have witnessed sharper declines of 20 bps since May 2019 .

According to Kotak, lending rates are likely to decline going forward with most banks having cut MCLR rates by 10-20 bps in the past one month, and with the introduction of external benchmark-linked loans.

The gradual decline in yields has led to a situation where the spread between bank funding and bond rates has started to converge.

The broking house also said there is a shift in focus towards external benchmarked instruments.

With slower growth leading to gradual reduction between deposit and loan growth, the pressure to keep deposit rates high has reduced. This has led to lowering of deposit rates while headline lending rates are softening as well.

"While we retain our neutral to positive view on NIM (Net Interest Margin) for banks with high share of NPLs from corporate sector, we would probably need to moderate this outlook if there is a greater divergence between external benchmark-linked loans and MCLR, our current basis of forecasts," Kotak said.

"The external benchmarked products are likely to be introduced in the next quarter and we need to see their relative pricing as compared to MCLR which is high today but converging. The impact may be lower for FY2020 as it is prospective in nature but it nevertheless remains an overhang till we have clarity on the pricing of these loans.

Just be a Student, not a Guru; while being in Stock Market: Nilesh Shah, MD & CEO, Kotak Mutual Fund

Kotak Bank user? Alert! Your debit, credit card transactions may be affected in this period

These factors to drive Sensex this week; here are full details