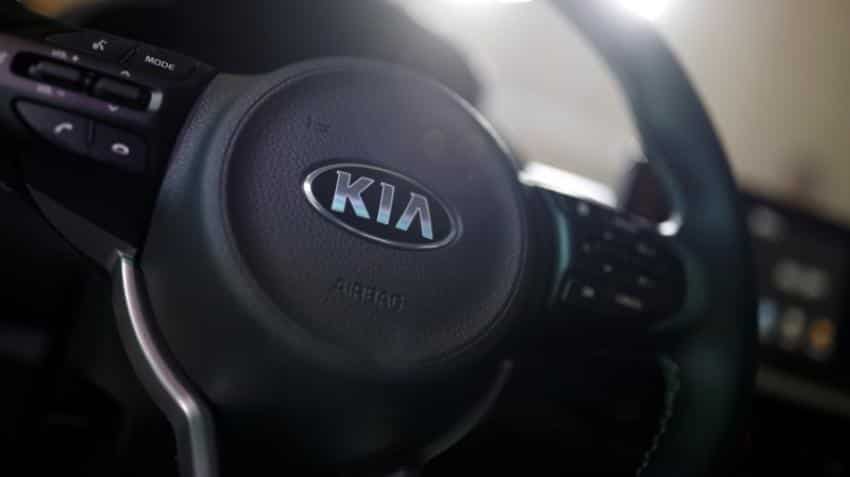 The logo of Kia Motor is seen on a steering wheel of new Morning compact car during its unveiling ceremony in Seoul. Image Source: Reuters
Written By: Reuters
RELATED NEWS

South Korean carmaker Kia Motors Corp said it plans to sign a deal on Thursday to invest about $1.1 billion to build its first factory in India, aiming to tap a fast growing market at a time when its China sales are sagging.

Kia Motors, an affiliate of Hyundai Motor, said it plans to start production at the factory in Anantapur District in the state of Andhra Pradesh in the second half of 2019.

The plant, which will have a maximum production capacity of 300,000 vehicles a year, will produce a compact sedan and a sport utility vehicle tailored for the Indian market, Kia said in a statement.

It will break ground in the fourth quarter of this year.

The announcement came after Kia and Hyundai Motor Co suffered a March sales slump in China, their biggest market, attributed to a political standoff and rising competition from local brands.

"Our new India plant will enable us to sell cars in the world`s fifth largest market, while providing greater flexibility for our global business," Kia Motors President Park Han-woo said in a statement.

Reuters reported in February that Kia was close to finalising Andhra Pradesh as the site for its first Indian factory, with production scheduled to start in 2019..

Kia is expected to leverage Hyundai`s supply chain network built over nearly two decades to gain a foothold in the market that is tipped to become the world`s third largest by 2020.

Hyundai is the country`s No.2 automaker by sales.