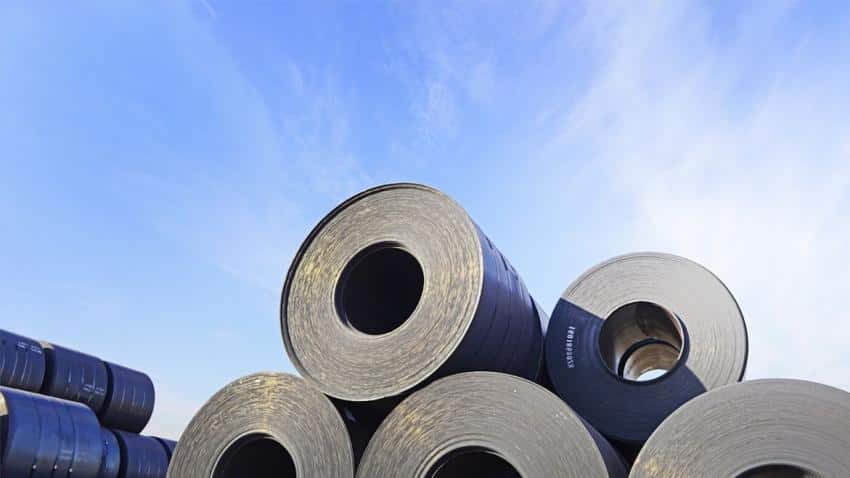 Its flat-rolled steel products output during the period rose up by 11.28% to 2.86 MT as compared to 2.57 MT in the same period of last fiscal, it said. Representational Image. Image Source: Official Website
Written By: Tejal Yerunkar
RELATED NEWS

JSW Steel has reported over 22% growth in its crude steel production for the July-September quarter of the fiscal year 2016-17 (FY17).

The company's total crude steel production during the second quarter (Q2) of FY17 grew up by 22.46% to 3.98 million tonnes (MT) as against 3.25 million tonnes (MT) in the corresponding quarter of FY16, JSW Steel said in a filing to the BSE on Monday.

Its flat-rolled steel products output during the period rose up by 11.28% to 2.86 MT as compared to 2.57 MT in the same period of last fiscal, it said.

Its long-rolled steel products output during the quarter surged up by 23.45% to 0.79 MT as against 0.64 MT in the corresponding quarter of previous fiscal.

JSW Steel is a part of the diversified $11 billion (nearly Rs 73,180.3 crore) JSW Group, which has presence in steel, energy, infrastructure, cement, among other sectors.

Meanwhile, in a separate filing to the stock exchange on Monday, JSW Steel has announced that it will consider sub-division of the company's equity shares in the Board of Directors meeting on October 27 this year.