"We will look at all those assets which are stressed from an opportunity point of view and as long as they are value-accretive to shareholders," JSW Steel chairman and managing Director Sajjan Jindal told reporters on the sidelines of the company's annual general meeting here. 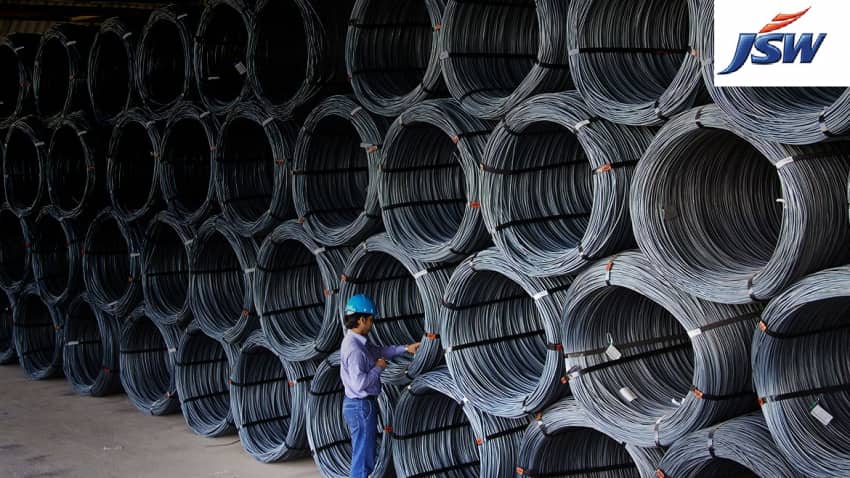 "We will look at all those assets which are stressed from an opportunity point of view and as long as they are value-accretive to shareholders," JSW Steel chairman and managing Director Sajjan Jindal told reporters on the sidelines of the company's annual general meeting here.

Jindal said the company today received shareholders' approval for an enabling resolution to raise $1 billion in foreign currency convertible bonds or through ADR/GDR.

"I don't want to name any company as of now, but whichever asset is value-accretive to us, whichever assets we feel as good, we will evaluate them," Jindal said, adding there are many takers for these stressed assets and the steel industry is today a very exiting place to be in.

On the foreign currency fund raising, he said, "Since there are a lot of stressed assets and the global steel industry is also in bad shape, we feel that there could be opportunities at any given time, where we will not get much time to act.

"Therefore, we always make it to have an enabling resolution to have a war chest ready so that as and when we spot an asset we can snap them up."

But Jindal was quick to add that "as of now we have no real plans of diluting our equity."

Jindal also announced to set up a slurry-pipe pine plant to transport iron ore and coal in Karnataka at an estimated cost of Rs 2,100 crore in phases. The plant will be commissioned over the next two years.

The pipeline will facilitate transporting iron ore at a very competitive 15 per cent cost less than the other available means of transport, he said.

"This strategic project will enable JSW Steel to source almost 50 per cent of the current iron ore requirement for the Vijayanagar facility from outside Karnataka either from imports or from Odisha/Eastern sector at prices lower than the prevailing prices in Karnataka."

On expansion plans, Jindal said the company hopes to increase capacity from 18 million tonnes to 23 mt this year.

"We've already have Rs 26,800-crore capex plan to expand steel capacity to 23 mtpa by March 2020 and to increase our downstream flat steel capacity to 7 mt by September 2019, along with a few other strategic projects. These key projects will improve our return ratios further.

"We are also working to operationalise all the five iron ore mines, which we won in Karnataka last October. With these mines, we will be able to meet around 20 per cent of our total iron ore requirement at Vijayanagar," Jindal said.

On the Moitra coking coal mines in Jharkhand, he said the company is striving to commence mining at the earliest.

He said the company will continue to bid for more mines, both iron ore and coal, going forward.

Jindal blamed the state-run NMDC for not following the market trend and monopolising iron ore prices.

Terming GST as a transformative reform, he said the new tax regime will simplify and rationalise the current levies, enhance efficiencies and boost competitiveness.

It will also put the economy on a high growth trajectory over the medium to long term, which in turn will lead to higher steel demand, Jindal added.