The two parties will exchange the documents tomorrow. 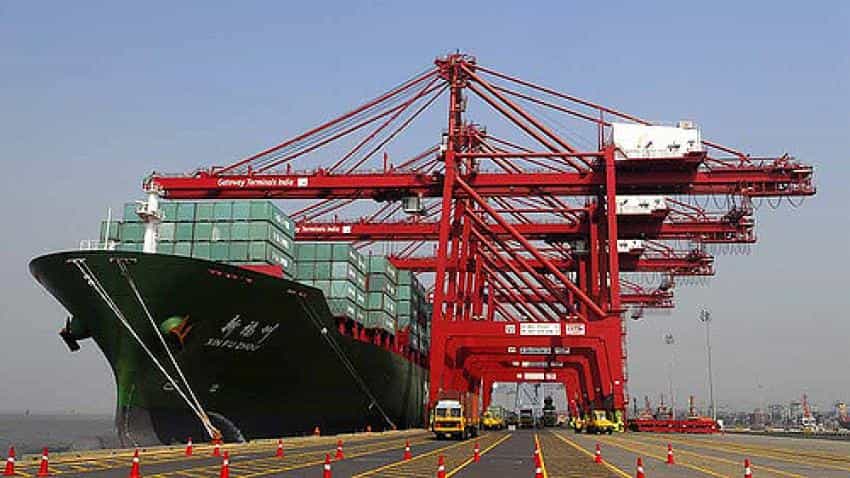 The existing road network for evacuation of traffic is currently operated at a capacity utilisation of 100%. Photo: Flickr
Written By: PTI
RELATED NEWS

Air India to sell off this Mumbai icon? Maharaja will no longer be same

India's premier container port, JNPT has inked a pact with State Bank of India and Singapore's DBS for a loan of $400 million (around Rs 2,600 crore), which would be used for doubling its annual capacity.

"Jawaharlal Nehru Port (JNPT) in Navi Mumbai, has signed an agreement with State Bank of India (SBI) and DBS for ECB to the tune of $400 million at a very competitive interest rate to improve the infrastructure required for doubling its existing capacity to 9.85 million TEUs annually," Ministry of Shipping said in a statement.

The existing road network for evacuation of traffic is currently operated at a capacity utilisation of 100%.

The agreement was signed by JNPT Chairman Anil Diggikar in presence of Shipping Secretary Rajiv Kumar after Reserve bank granted an approval with an end use of on-lending to Mumbai JNPT Port Road Company Limited (MJPRCL) for implementation of road project.

The ministry of shipping has already granted its approval as required under the Major Port Trusts Act, 1963 for the ECB. The two parties will exchange the documents tomorrow.

"Borrowing by JNPT is for Door-to-Door tenor of 7.5 years. However, lending by JNPT to MJPRCL is for 16 years (two years construction and 14 years repayment)," the ministry said.

The funding process involved assessment and structuring of cash-flows (both at JNPT level and MJPRCL level), bid process management, engagement of domestic and foreign lenders.

The project will be developed by MJPRCL, a joint venture company of NHAI, JNPT and CIDCO at an estimated cost of Rs 2,895 crore.

The government said considering the importance and urgency of implementation of the project, it will be taken up by MJPRCL on EPC mode and funding for the project would be carried out by JNPT.

The funding by JNPT is the first of its kind for major port and it opens up an one more avenue to major and government ports to raise funds by accessing international markets for their requirements.

The government said this project will cater to the additional cargo, which will be handled at the 4th Container Terminal.

JNPT is going to double its capacity in the next seven years. This evacuation corridor would help in supporting the EXIM trade besides providing economic opportunity to the local and region.

"With this beginning, other Major ports would also adopt these means and improve their capability to invest. The step is another milestone in infusing dynamism into the functioning of the ports, both in their operations and financing," the Ministry said.

Air India to sell off this Mumbai icon? Maharaja will no longer be same