Jet Airways on Saturday said it will soon pay the remaining December salaries to employees. 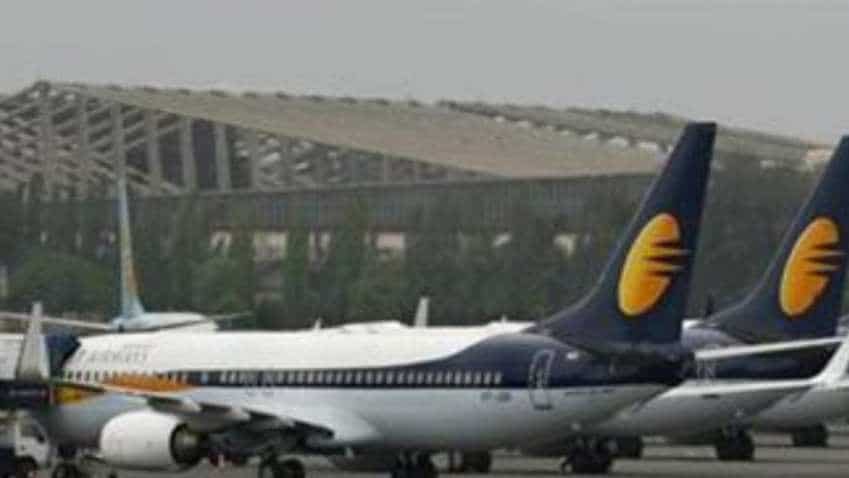 The call for non-cooperation was given by members belonging to the Jet Airways pilots` union who decided to refrain from operating flights if their dues and clarity on the company`s resolution plan were not given by March 31. Image source: Reuters

In a bid to stave off a proposed mass leave by a section of pilots and aircraft maintenance engineer, Jet Airways on Saturday said it will soon pay the remaining December salaries to employees.I n an email to employees, Jet`s Chief Executive Officer Vinay Dube said: "You also have our commitment that the Board of Directors and the management team are working as fast as possible to implement the resolution plan agreed with the consortium of Indian lenders to quickly restore the much-needed stability to our operations and build a sustainable future for the airline.

"These are complex processes and it has taken longer than we had expected and as such we are only able to remit your remaining salary for December 2018. We realise that this remittance does not lift the financial hardship that each of you are facing and we do not take your sacrifices for granted." Dube further said: "We continue to work on additional funding on an urgent basis and shall advise you about the release of the remaining salary arrears as the funds come in."

The call for non-cooperation was given by members belonging to the Jet Airways pilots` union who decided to refrain from operating flights if their dues and clarity on the company`s resolution plan were not given by March 31. Accordingly, the over 1,000-member group of pilots affiliated to the pilots body may chose to refrain from flying duties if they are not provided with proper information on the company`s financial resolution plan.

However, the airline maintained that it has the requisite number of aviators to man its fleet currently under operation. "Operations on Monday are unlikely to be impacted," an official said. But the majority of Jet Airways pilots have said they needed an assurance from the State Bank of India (SBI) over the dues clearance to prevent their going on a mass leave.

A senior pilot told IANS: "We need direct assurance from the new management, which is led by the SBI." "The assurance should be about the date on which our dues will be paid and clarity regarding the future of the airline. If such an assurance is given, we might rethink the issue of mass leave," the pilot said.

According to other pilots, the airline has less than 30 aircraft in operation and that even the AMEs (aircraft maintenance engineers) are with them on the proposed mass leave issue. Pilots, including AMEs, have not been paid for the last four months.

On Monday, a consortium of banks, led by the SBI, had agreed to infuse extra cash into the company. A senior National Aviator`s Guild member told IANS in Mumbai: "If such an assurance is given, then the committee (guild) will ask pilots to take a call -- it will depend on what the majority wants."