Naresh Goyal-promoted Jet Airways today reported a standalone net loss of Rs 1,036 crore in the March quarter due to rise in oil prices and weaker rupee. The company had reported a net profit of Rs 602.42 crore in the year-ago period, according to the BSE filing. 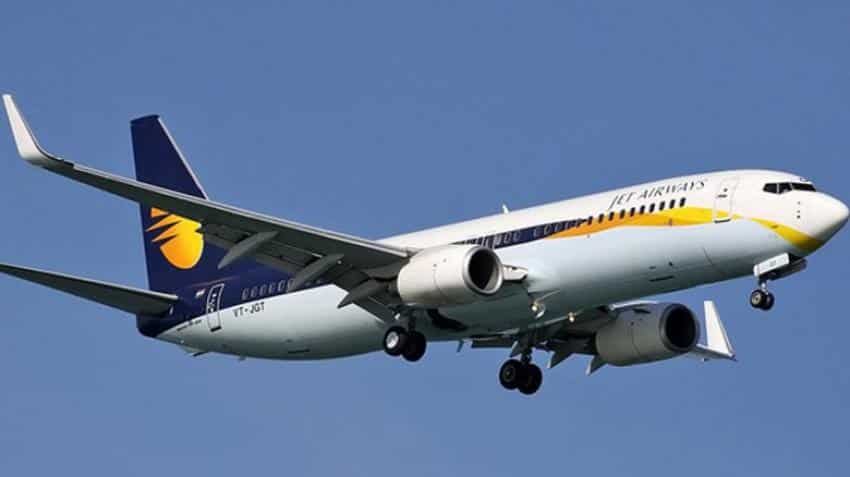 Naresh Goyal-promoted Jet Airways today reported a standalone net loss of Rs 1,036 crore in the March quarter due to rise in oil prices and weaker rupee. The company had reported a net profit of Rs 602.42 crore in the year-ago period, according to the BSE filing. The total income also declined by 3.44 per cent to Rs 6,055 crore during the quarter, against Rs 6,271.21 crore in the same quarter last year, as per the filing. Fuel expenses rose by 31 per cent to Rs 2,063.34 crore, against Rs 1,282.41 crore.

"Financial performance during the quarter was weaker due to the continuing increase in the price of Brent fuel without a corresponding increase in air fares, as well as mark-to-market adjustments due to a weaker rupee," Jet Airways chief executive officer Vinay Dube said in a press release. The airline saw an year-on-year increase in fuel prices of Rs 366 crore, and mark-to-market adjustment due to weaker rupee of Rs 156 crore in the quarter, against a gain of Rs 54 crore in Q4 FY17, it said in a release. For financial year 2017-18, the airline reported a standalone net loss of Rs 767.62 crore, against a net profit of Rs 1,482.52 crore, according to the filing. "The challenges notwithstanding, we are resolutely focused on undertaking numerous steps to create a healthier business by maintaining a relentless focus on lowering costs, increasing operational reliability as well as rejuvenating the customer experience, as part of our ongoing transformation," he added.

The capacity during Q4 increased by over 10 per cent, while load factor surged by 3.9 per cent, the airline said, adding that it reduced net debt (excluding debt taken for the property in Bandra Kurla Complex) by Rs 359 crore.

The airline carried 11.8 per cent more passengers year-on-year to 7.85 million during the quarter, while its interline and codeshare traffic increased by 9.85 per cent to 0.6 million.

Over the last two years, air fares have remained flat while fuel prices have doubled, the airline said.

Jet Airways placed an order for 75 fuel-efficient B737 MAX aircraft during the year, taking its overall order to 150 new aircraft, it said.

The airline said it is focused on reducing its sub-fleet complexity and adopt a host of measures including analytics to drive revenue growth, among others.

"We remain confident of the future opportunities of the Indian aviation market and remain committed to our strategic partner Jet Airways," an Etihad Aviation Group spokesperson said. Etihad holds 24 per cent stake in Jet Airways.