Jet Airways gains 2% after tie up with Air France-KLM 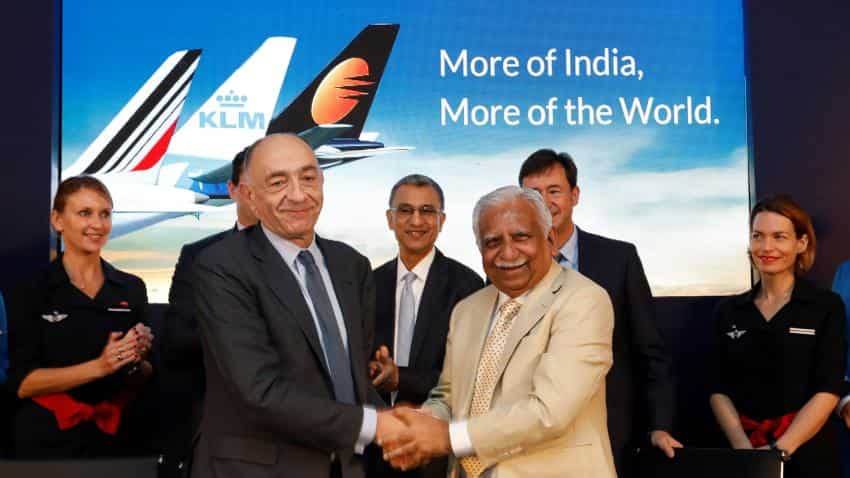 The shares of the company today opened on a bullish note at Rs 665, then surged to touch an intra-day high of Rs 674.95, registering a jump of Rs 2.78 per cent over its previous closing price.

The agreement will see Jet Airways, India' second largest airline by revenue, and Air France-KLM working together to develop their commercial and product offerings.

"This agreement strengthens the partnership built between these airlines since 2014 and expanded in 2016 with an extensive code-share agreement for connections between Europe and North America and Jet Airways? hubs in Mumbai and New Delhi via Air France-KLM's hubs in Charles de Gaulle airport of Paris and Amsterdam-Schiphol," the carriers said.

The agreement will improve better connectivity via Paris-Charles de Gaulle, Amsterdam-Schiphol as well as Mumbai, New Delhi, Bengaluru and Chennai.