Jet Airways deal with Tatas? Here is how airline reacted 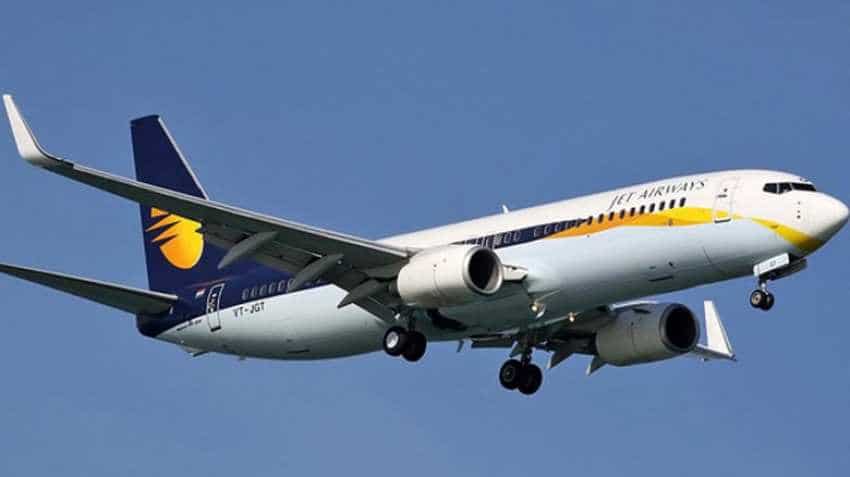 Struggling carrier Jet Airways Tuesday termed media reports of Tata group carrying out due diligence to acquire the airline as "speculative". In a response to the clarification sought by the BSE on the news reports, Jet Airways (India) said, "...The subject news is speculative in nature and that there is no discussion or decision in the board which would require a disclosure..."

Separately, its deputy chief executive and chief financial officer, Amit Aggarwal, in the post-earnings analysts call Tuesday also termed the reports speculative and said that unless something get materialised, the company will not comment.

"We can't comment on speculations. We have very clearly stated time and again that once something materialises, we will talk it through. Otherwise, we are not commenting on any speculation," he said.

Earlier, a section of media had reported that Tata group is conducting due diligence of Jet Airways to buy the full-service carrier from its owner, Naresh Goyal. The BSE had sought clarifications from the carrier on the news reports.

The cash-strapped airline, in which gulf carrier Etihad Airways holds 24 per cent stake, is looking to raise funds and has appointed merchant bankers to tie-up with potential investors.

The airline Monday reported its third consecutive quarterly losses with a consolidated net loss of Rs 1,261 crore in the September quarter, roiled by higher fuel cost that soared 59 percent, and a steep rupee fall that led to a sevenfold spike in forex losses.