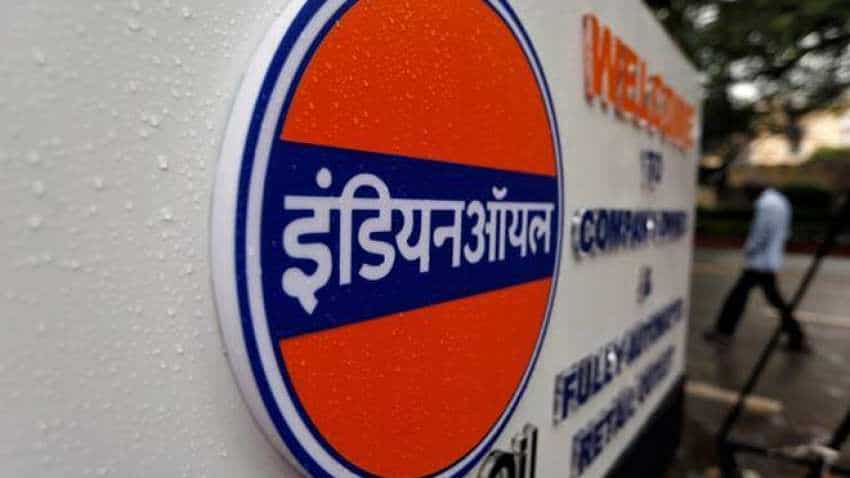 IOC plans to raise capacity to turn crude oil into fuels like petrol and diesel to 150 million tonnes per annum by 2030 from the current 80.7 million tonnes. Image source: Reuters
Written By: PTI
RELATED NEWS

Indian Oil Corp, the nation's largest oil firm, plans to invest Rs 1.75 lakh crore to nearly double refinery capacity, boost petrochemical production, expand gas business and lay new pipelines to become a vertically integrated company, its Chairman Sanjiv Singh said.  It plans to raise capacity to turn crude oil into fuels like petrol and diesel to 150 million tonnes per annum by 2030 from the current 80.7 million tonnes. The company currently owns and operates 11 out of the 23 oil refineries in the country.

"As the leading refiner in the country and a dominant player across a diverse portfolio of offerings in energy, IOC is focussing on all emerging opportunities for organic and inorganic growth through vertical integration and strategic diversification, besides pursuing value-creating research areas," Singh said in the company's latest annual report.  As part of this, projects costing Rs 32,000 crore are in various stages of execution and plans are underway for implementing more projects costing about Rs 1.43 lakh crore, he said.

Refinery & Petrochemicals Ltd (RRPCL), apart from numerous brownfield expansions."  RRPCL is building the world's largest integrated greenfield refinery-cum-petrochemicals complex with a capacity of 60 million tonnes per annum. The project is being executed in partnership with state-owned BPCL and HPCSingh said plans to nearly double refining capacity by 2030 include "greenfield refineries of subsidiary Chennai Petroleum Corp Ltd (CPCL) and the proposed Ratnagiri L along with Saudi Aramco and ADNOC of UAE.

"Several pipeline projects with a combined capital expenditure of over Rs 20,000 crore are under implementation. Upon completion, IOC's pipeline network would expand to about 20,000 km in length," he said, adding a 69-km pipeline is also being laid to transport petroleum products to Nepal.  Currently, its investment cycle includes Rs 16,628 crore in upgrading refineries to produce Euro-VI emission norm compliant petrol and diesel by 2020 as against Euro-IV fuel being produced now. Besides, the company is investing Rs 15,600 crore in expansion of petrochemical projects and another Rs 74,600 crore in raising the capacity of its existing refineries.

On diversification, Singh said IOC has decided to infuse equity in Paradip Plastic Park Ltd, a joint venture with Industrial Development Corporation of Odisha to promote downstream plastics-based units near Paradip Refinery.  The company has plans for setting up a Textiles Park in Odisha based on the feedstocks available from Paradip refinery.

"Looking at the future, the company is strongly focussed on offering a bouquet of eco-friendly energy options other than liquid fuels to its customers. These would include natural gas, LNG, CNG, PNG, autogas, biogas, hydrogen and electricity," he said.  Singh said IOC's 5 million tonnes a year LNG import terminal at Kamarajar Port in Ennore in Tamil Nadu would be commissioned by the end of the current year. Also, IOC is booking capacities in other LNG terminals, both on the east and west coasts of India.

"IOC is developing three natural gas pipelines -- Mallavaram-Bhopal-Bhilwara-Vijaipur, Mehsana-Bhatinda & Bhatinda-Jammu," he said, adding it is also partnering in the development of a 1,500-km natural gas pipeline grid to connect Guwahati to other major cities of all north-eastern states.  He said IOC retails CNG to vehicles and piped cooking gas to households in nine cities and is "aggressively taking part in the various bidding rounds for gas."