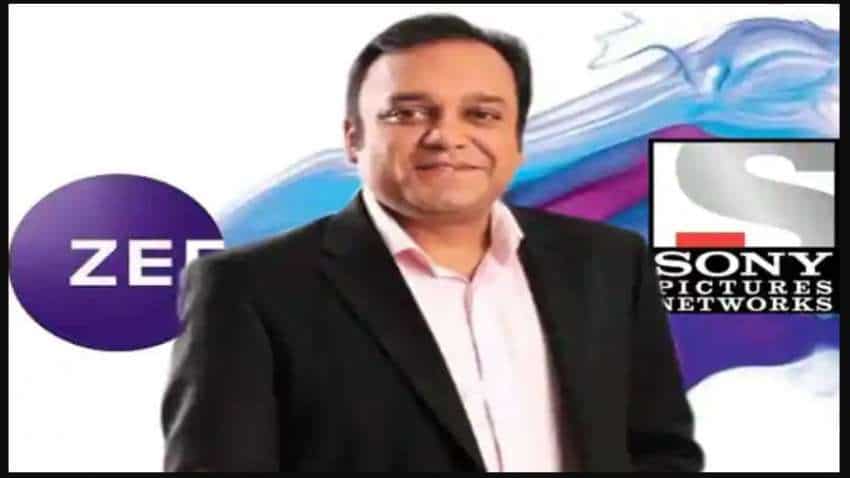 Now, in the latest development, Punit Goenka, MD and CEO of ZEEL, has exposed the double standards of Invesco to the ZEEL board and to the world.
Written By: Prashant Singh
RELATED NEWS

It's been already out in the open that Invesco has been trying to illegally take over Zee Entertainment Enterprises Limited (ZEEL). Now, in the latest development, Punit Goenka, MD and CEO of ZEEL, has exposed the double standards of Invesco to the ZEEL board and to the world.

ZEEL informed BSE, NSE that the board of directors of the Company (Board) held a meeting today, on 12 October 2021, to consider a note addressed to them, by the managing director (MD) and chief executive officer (CEO) of the Company, Mr. Punit Goenka (Board Note).

The letter to the exchanges, says, "According to the Board Note, a deal was presented by Mr. Aroon Balani and Mr. Bhavtosh Vajpayee, representatives of Invesco, to Mr. Punit Goenka in February 2021, involving the merger of the Company and certain entities owned by a large Indian group (Strategic Group). As per the deal presented to Mr. Punit Goenka, upon
completion of the aforesaid merger, the Strategic Group would have held a majority stake in the merged entity (the Merged Entity) and Mr. Punit Goenka would have been appointed as the MD&CEO of the Merged Entity," the filing revealed."

It further says, "Punit Goenka expressed his apprehension to Invesco that as the merging entities of the Strategic Group were over-valued, it would result in a loss to the stakeholders
of the Company."

"When Mr. Punit Goenka expressed governance concerns in relation to the deal (especially surrounding the valuation gaps in the merging entities of the Strategic Group)' he was informed by Invesco that the deal would be consummated with or without him, even though Invesco believed that he was best suited to lead the Merged Entity and his absence would erode shareholder value. Invesco time and again reminded Mr. Goenka that if he were to refuse to progress the deal, he and his family would lose out," ZEEL said.

"Invesco's stance in their Open Letter that they "will firmly oppose any strategic deal structure that unfairly rewards select shareholders, such as the promoter family, at the expense of ordinary shareholders", runs contrary to the very deal Invesco was proposing itself a few months ago. Accordingly, public securities markets have been misinformed by Invesco."

"Demonstrating their continued faith in Mr. Goenka's leadership and the Board's handling of the various governance related matters, Invesco voted in favour of the reappointment of Mr. Punit Goenka as the MD&CEO of the Company, as recently as September 2020."

The note further concluded, "The Board also took note of an open letter issued on 11 October 2021, by Mr. Justin M. Leverenz, the Chief Investment Officer of Invesco Developing Markets Equities, on behalf of Invesco (Open Letter). The Board will separately respond to certain unjustified comments made in the Open Letter. Accordingly, the Board is constrained to conclude that Invesco's actions over the past few weeks, have been motivated by circumstances that are extraneous to the Company's business or performance, or issues of corporate governance or public interest. "

U.S. will accept mixed doses of vaccines from international travelers