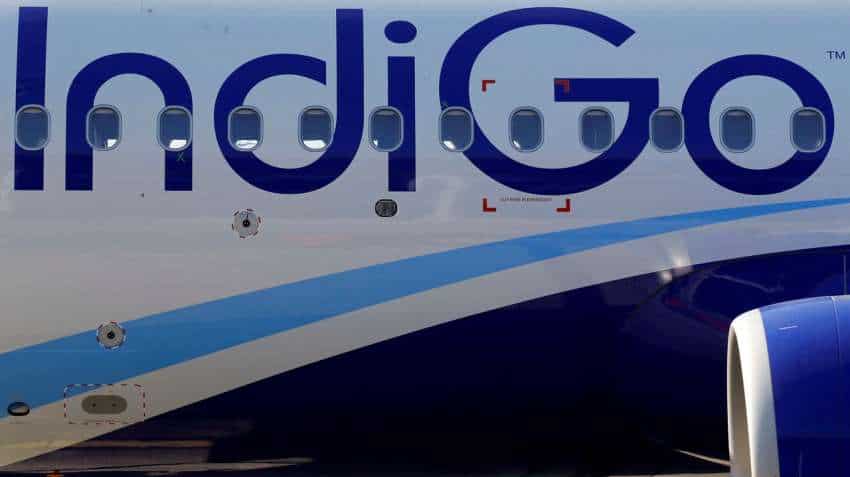 The promoters -- Rahul Bhatia and Rakesh Gangwal -- together with their related entities and individuals own 77.4 per cent stake in InterGlobe Aviation. Source: Reuters

InterGlobe Aviation, the parent of the country's largest airline IndiGo, will convene a shareholders' meeting on December 30 to amend the company's Articles of Association (AoA) following a joint request from its promoters.

The promoters -- Rahul Bhatia and Rakesh Gangwal -- together with their related entities and individuals own 77.4 per cent stake in InterGlobe Aviation.

In a regulatory filing on Monday, the company said it will convene an Extraordinary General Meeting (EGM) on December 30 to amend the AoA to remove restrictions on transfer of shares by the promoters.

The development comes against the backdrop of differences between the promoters that came into the public domain in July 2019. In September this year, the London Court of International Arbitration gave the final arbitration award in the matter related to the spat.

The decision to call for the EGM on December 30 follows a joint requisition, dated November 25, received from IGE Pvt Ltd and Bhatia -- collectively the IGE Group -- and Rakesh Gangwal, The Chinkerpoo Family Trust and Shobha Gangwal. The latter are collectively the RG Group.

The trustees of the trust are Shobha Gangwal and J P Morgan Trust Company of Delaware.

The requisition was for "removing the Transfer Restriction Articles from the Articles of Association of the company".

The articles that are sought to be removed pertain to transfer of equity shares, acquisition of shares and other provisions on shares.

Last year, shareholders of the company had rejected a similar proposal for amending the AoA that was brought by Gangwal.

Differences between the promoters came to light more than two years ago in July 2019 when Gangwal flagged corporate governance issues at the company and the allegations were rejected by Bhatia's IGE Group.

On September 24, InterGlobe Aviation informed the stock exchanges that the London Court of International Arbitration has given the final arbitration award and no directions have been issued to the company.

However, details about the award were not disclosed.

The arbitration proceedings were initiated by the IGE Group and Bhatia against the RG Group.

On October 1, 2019, the IGE Group had submitted the request for arbitration to the London Court of International Arbitration.

"Pursuant to the award, no directions have been issued to the company. The award has issued directions to each of the RG Group and IGE Group in relation to the relief sought by them against each other," InterGlobe Aviation had said on September 25.

The award also directs the reimbursement of the costs incurred by the company in relation to the arbitration by the IGE Group, it had said.

The IGE Group had sought certain reliefs against the RG Group, including in relation to compliance with the shareholders agreement and the company's Articles of Association as well as damages, the company had said in the filing.

"The RG Group also sought certain reliefs against the IGE Group, including to carry out all requisite steps and actions, provide consents and assistance to remove certain transfer restriction provisions from the company's articles," it had said.