In May 2017, Infosys had announced that it will set up four technology and innovation hubs and hire about 10,000 locals in the US over a two-year period. 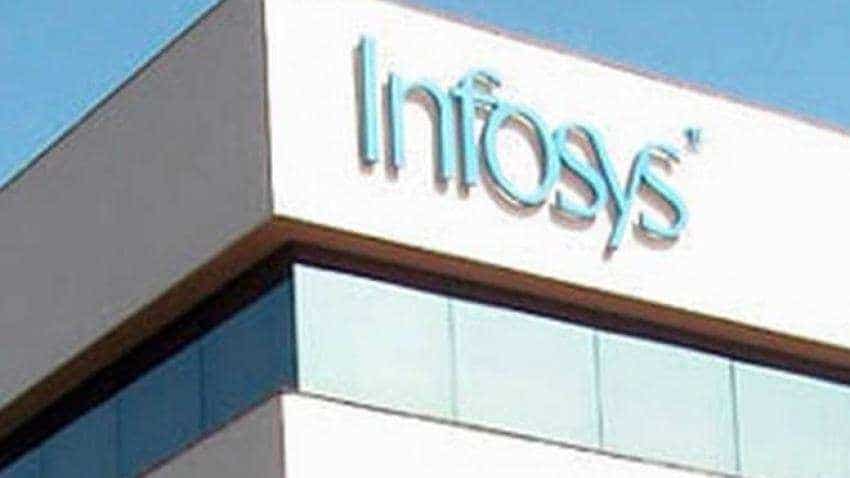 Infosys has hired over 7,600 staff in the US - more than three-fourth of its target of recruiting 10,000 American workers, Photo: PTI

Infosys has hired over 7,600 staff in the US - more than three-fourth of its target of recruiting 10,000 American workers - and said it is making recruitment from local schools a "sustained effort" in its largest market.

He added that the company is "on track on localisation".

North America is the largest market for Infosys accounting for 60.4 per cent of the topline, followed by Europe (24.2 per cent), rest of the world (12.8 per cent) and India (2.6 per cent) at the end of December 2018 quarter. The Bengaluru-based company reported 20.3 per cent increase in revenue from operations at Rs 21,400 crore in the said quarter.

In May 2017, Infosys had announced that it will set up four technology and innovation hubs and hire about 10,000 locals in the US over a two-year period.

Infosys CEO Salil Parekh, who took over the top job last year, has outlined 'localisation', along with strategic investments and enhancing company's digital capabilities as key areas of this three-year strategic plan. The strategy outlined focussed on stabilising the company's business in 2018-19, building momentum the next year, followed by acceleration in 2020-21.

Kumar explained that Infosys has recruited from campuses, trained them, and then moved them into live projects.

Infosys had announced setting up of technology and innovation hubs in Indianapolis (Indiana), Raleigh (North Carolina), Hartford (Connecticut), and Phoenix (Arizona). It is also establishing a design and innovation hub in Providence, Rhode Island.

Infosys, like many of its peers, has been ramping local hiring in key markets like the US, the UK and Australia to tackle increasing scrutiny around work visas by various governments.

In November last year, Infosys said it will set up three innovation hubs in Australia and create 1,200 jobs in the country by 2020 - a move that will enable Infosys to co-create and co-innovate alongside clients, academia and government to accelerate innovation as well as upskill talent in emerging technologies and solutions.

Infosys Q1 Results: Brokerages maintain mixed stance on IT major's stock despite guidance raise; share drops 2%— What should investors do?