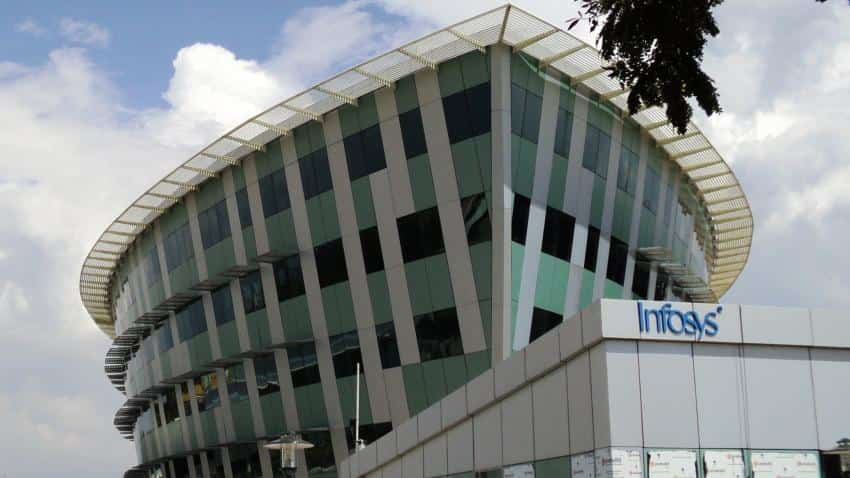 Earlier, Sikka had said that the company has forecast revenue in the range of 11.8-13.8% for FY17. Photo: Wikipedia
Written By: Hitisha Jain
RELATED NEWS

A day after Tata Consultancy Services (TCS) reporting marginal decline of 0.45% quarter-on-quarter (qoq), its rival, IT major Infosys registered decline of 4.5% at Rs 3436 crore for the quarter ended on June 30 (Q1FY17).

On Friday, the shares of the company opened in green, surging over 3%. But soon after the results were announced, the shares dipped nearly 8%.

READ: What Sikka said after the results

In June this year, UB Pravin Rao, COO, Infosys had warned that the company could face volatility over the next few quarters.

He had said, "We still remain confident of (our guidance of) 11.5-13.5%. But at the same time, given the volatile nature of our business, given the propensity of our clients to react immediately to some of the volatility, we will expect some short-term or quarterly bumps and ups and downs, but for the year, we remain confident."

Earlier, Sikka, in a press conference, had said that the company has forecast revenue in the range of 11.8-13.8% for FY17.

Despite Brexit headwinds, brokerage firms like BNP Paribas, HSBC and JM Financial has said that Infosys is better placed as compared to TCS and Wipro because the company has less business from companies in England.

Further, according to a Mint report, BNP Paribas had expected Infosys to report 3.9% sequential increase in revenues at $2.54 billion. But, the company has reported only 1.4% revenue growth.