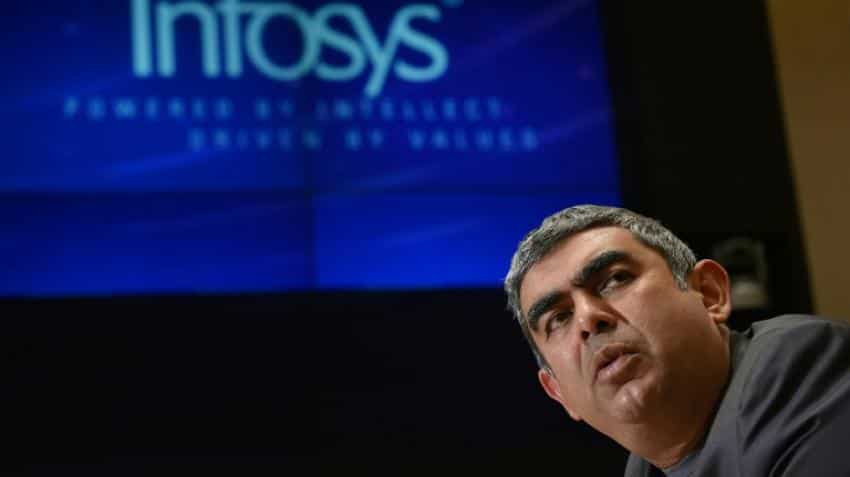 The Bangalore-based IT services exporter reported a 6.1 percent rise in quarterly net profits year-on-year but revised down its sales forecast for the financial year, citing an "uncertain" future.

"Considering our performance in the first half of the year and the near-term uncertain business outlook, we are revising our revenue guidance," CEO Vishal Sikka said in a statement.

On Friday that was revised down again to between 8.2 and 9.2 percent.

Infosys and rival Tata Consultancy Services benefited as India became a back office to the world with companies taking advantage of the country`s skilled English-speaking workforce by subcontracting work.

The companies are seen as the bellwether of India`s flagship outsourcing industry but a recent tightening of the purse strings has put pressure on profits with contracts being postponed and in some cases cancelled.

Revenues were 173.10 billion rupees, slightly above a prediction of 171.8 billion rupees by a survey of analysts done by Bloomberg News.