Infosys co-founder N R Narayana Murthy Friday said there is a pressing need to modernise the "archaic and vaguely drafted laws", train bureaucrats in drafting precise and unambiguous laws and increase number of judges to expedite the judicial delivery system in the country. 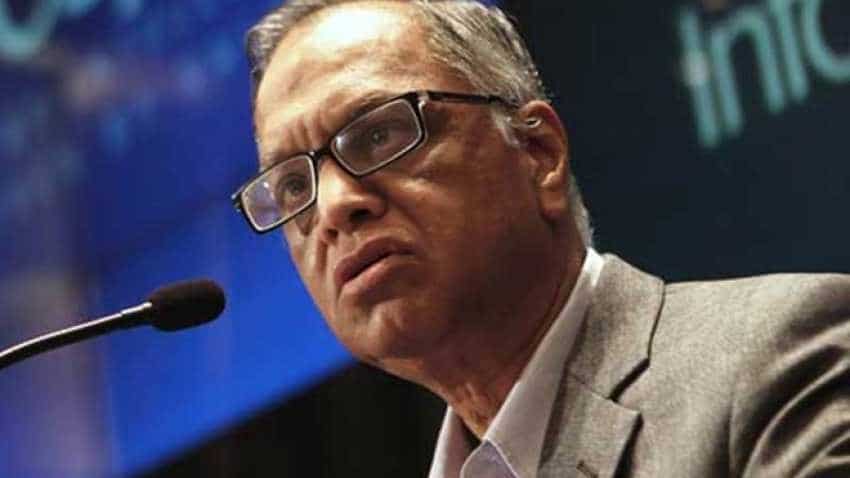 Infosys co-founder N R Narayana Murthy Friday said there is a pressing need to modernise the "archaic and vaguely drafted laws", train bureaucrats in drafting precise and unambiguous laws and increase number of judges to expedite the judicial delivery system in the country. Delivering the third V R Venkatakrishnan Memorial lecture, Murthy highlighted the high number of vacancies across various courts and pending litigations and said it is important to also ensure productivity of judges for reducing delays.

"We have to modernise our archaic and vaguely drafted laws, train our bureaucracy in drafting precise, concise, unambiguous and easily-understandable laws, train our law students, court associates of judges and entry-level judges better and introduce tools to improve the work productivity in courts," he said. He added that many of these laws were drafted during the British rule with the aim of curbing the freedom of the people.

Murthy cited a personal incident from 12 years ago, where a case was filed against him alleging that he had insulted the national anthem when the instrumental version was played at a function in Infosys. "This went from the lowest level court to high court to Supreme Court over 18 months until the case was dismissed in my favour. I ended up spending Rs 48 lakh as lawyer's fees," he said adding that the cost of litigation in India is "unaffordable for the common man".

Murthy also flagged the "low quality" of judgements at lower courts. "Many retired legal luminaries tell me that many judgements produced by lower level courts are vague, do not refer to the section of the law according to which the decision is made, and are full of opinions. Such decisions at lower courts are likely to result in a higher load on higher courts," he added.

The technocrat said one of the solutions to these issues is to ensure that lower level courts do not admit appeals filed in routine matters and those based on opinions.

"Second, re-appealing a case again at a higher court when an entity or a person has lost at lower court in a non-policy matter has to be discouraged. Alternate dispute resolution mechanisms like arbitration should be encouraged," he said. Murthy suggested that it would be a good idea to send promising entry-level judges to courts in the US or UK to spend time observing how judges in those countries use technology and modern practices to provide speedy justice.

"It may be a good idea to invite retired judges from the UK and the US as visiting professors to our law schools for a year or two to teach modern court room practices, logical reasoning, and precise, concise and unambiguous communication," he added.