Sikka's participation was confirmed by a company spokesperson saying the event was scheduled much before these developments. 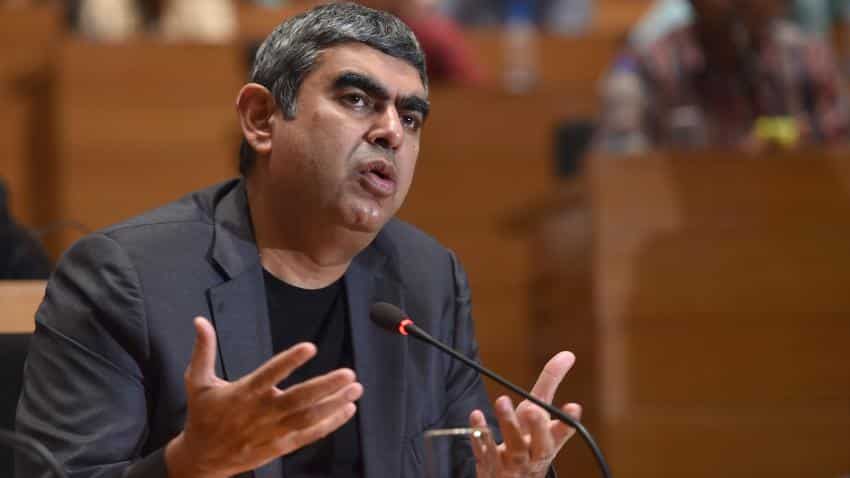 Amid the ongoing conflict between Infosys' Board and its founders, its CEO Vishal Sikka is scheduled to meet institutional investors today at an event in Mumbai.

The event may see Sikka briefing participating fund managers on issues that have prompted some of Infosys' co-founders, including N R Narayana Murthy, to publicly air their discontent against the Board.

Sikka will deliver a keynote address at Kotak's Chasing Growth Conference on February 13 in Mumbai at 1000 hours.

Sikka's participation was confirmed by a company spokesperson saying the event was scheduled much before these developments.

Such events usually see investors and industry analysts asking questions about the macro environment, business prospects and challenges, but given the developments seen in the past few days, clarifications relating to the feud between founders and the Board is likely to dominate the proceedings tomorrow.

Sikka, along with some of the Board members, is also scheduled to interact with the media later in the day to clear the air over various issues flagged by the founders.

Last week, Sikka called members of the senior management to assuage concerns and has advised them not to get "distracted" by the ongoing tussle and instead focus on company's business and strategy.

Asked about the founders' expectation from Sikka at the upcoming meeting with fund managers, Infosys former CFO V Balakrishnan told PTI, "I think Sikka should focus on business and performance because that is more important".

"And I think he should, being a board member, also impress upon the Chairman to effectively engage with the founders and address the concerns and solve the issue quickly. Otherwise, this will distract the organisation in a big way," he said.

Murthy, along with other co-founders Nandan Nilekani and S Gopalakrishnan, had written to Infosys board asking why Sikka's compensation was raised and hefty severance packages offered to two top-level executives who quit the company.

Murthy, who has gone public with his views, questioned "paying the former CFO (Rajiv Bansal) a 30-month severance pay."

Infosys, however, has denied any corporate governance lapses, and has emphasised that its Board is fully aligned with the strategic direction of Sikka and is very appreciative of the initiatives taken by him in pursuance of this transformation.