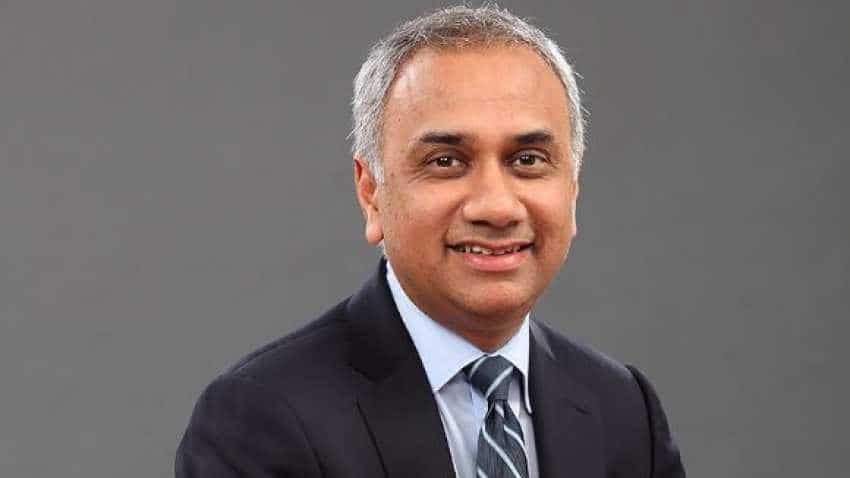 Salil Parekh, the chief executive officer of Infosys, took home a pay package of Rs 24.67 crore in the last financial year, the company's annual report showed. Parekh, who joined Infosys in January 2018, received Rs 6.07 crore in fixed salary and Rs 10.96 crore in bonus, incentives and variable pay in 2018-19. He also received Rs 7.64 crore in perquisites on account of exercise of 1,03,604 restricted stock units (RSUs) during fiscal 2019, the annual report said. Compared to this, Tata Consultancy Services CEO Rajesh Gopinathan drew a package of over Rs 16 crore. In its annual report, the country's IT services firm said Gopinathan's compensation had grown over 28 per cent in FY2018-19.

Gopinathan's remuneration included Rs 1.15 crore in salary, Rs 1.26 crore in perquisites, Rs 13 crore in commission and over Rs 60 lakh in other allowances - all of which added up to a package of Rs 16.02 crore. Infosys chief operating officer UB Pravin Rao earned Rs 9.05 crore in FY2018-19 against Rs 8.22 crore in the previous financial year. His remuneration in FY2018-19 included Rs 4.41 crore in fixed salary, Rs 3.83 crore in bonus/incentives/variable pay and Rs 0.81 crore in stock option.

Last week, Infosys had announced that it would allocate five crore shares to its employees under a new stock incentive plan - Plan 2019. Under this, Parekh would be given Rs 10 crore worth of shares, while Rao will receive stocks worth about Rs 4 crore. Infosys Chairman Nandan Nilekani - in the annual report - wrote that over the past year, the company has been "working relentlessly to rebuild a 200,000-plus people organisation to operate with the speed and agility of a startup".

"We are reforming root and branch, replacing legacy systems and mindsets, dissolving thick encrusted silos, energising the believers and converting the sceptics," he added.