Listed carriers - IndiGo, SpiceJet and Jet Airways - have seen this month downgrading of credit rating assigned to some of their loan facilities as they grapple with rising expenses and limited room to hike fares amid intense competition. 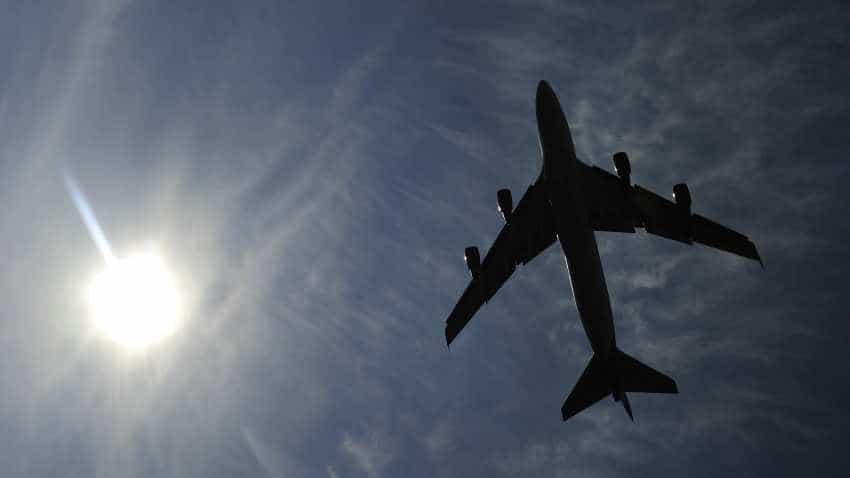 Listed carriers - IndiGo, SpiceJet and Jet Airways - have seen this month downgrading of credit rating assigned to some of their loan facilities as they grapple with rising expenses and limited room to hike fares amid intense competition.

Despite being one of the fastest growing domestic aviation markets in the world, local carriers have been facing tough business conditions, especially with surging oil prices and depreciation of the rupee. As players look to woo more passengers with cheap fares, airlines have not been fully able to increase ticket prices.

Against this backdrop, rating agencies Icra and Crisil have downgraded various loan facilities of the three airlines. On October 17, Icra cut the long-term rating on outstanding Rs 8,000 crore worth bank facilities of InterGlobe Aviation Ltd even as it re-affirmed the short-term rating.

"The rating action takes into consideration expected adverse impact of the significant increase in operating costs of airlines, including IndiGo, and their limited flexibility to effect price hikes to offset cost pressures.

"Over the last nine months, the Indian rupee has witnessed significant depreciation against the USD, which coupled with sharp rise in global crude oil prices has led to 34 per cent year-on-year increase in domestic Aviation Turbine Fuel (ATF) prices and other operating costs of airline companies during H1 FY 2019," Icra said in a report.

ATF accounts for around 40 per cent of an airline's operational costs.

Crisil has downgraded the ratings on the bank facilities of SpiceJet citing that the carrier's operating performance would remain under pressure in the near to medium term. This is driven by "significant increase in the operating cost and limited ability to pass on the increased cost to customers due to intense competition", the rating agency said in a report dated October 9.

It also said that the airline was expecting some cash infusion from the sale and lease back transactions that got delayed due to late delivery of the new aircraft.

"Due to stretched liquidity, the company has sought a three-month relief window from its lessor towards payment of leases. Delay in delivery of Boeing 737 MAX aircraft further led to liquidity mismatch as the company was to receive healthy profits on sale and lease back transaction," the report noted.

At the end of March 2018, the carrier had comfortable liquidity with cash and bank balances of Rs 248 crore, it added. When contacted, a SpiceJet spokesperson said the downgrade is an industry wide phenomenon and that the airline continues to outperform the industry on financial metrics.

"However, with regards to one single lessor mentioned in the Crisil report, we had taken a one-time relief of 2-3 months to better manage cash flows during the lean month of September 2018," the spokesperson said.

Earlier this month, Icra downgraded the long-term rating on certain loan facilities of Jet Airways, including that on the Rs 4,970 crore long-term loans. "The rating downgrade considers the delays in the implementation of the proposed liquidity initiatives by the management, further aggravating its liquidity strain.

"The company continues to witness deterioration in its operating and financial performance because of the steep increase in jet fuel prices and rupee depreciation and its inability to pass on the same to the customers," the rating agency said in a report issued on October 4.

As per the report, the domestic airline industry continues to face headwinds of rising fuel costs and weak pricing power due to excess competition. This is expected to result in a further weakening of the company's performance in the near term, it added. Jet Airways is grappling with financial woes.