IndiGo grounds nine A320 new planes due to engine troubles 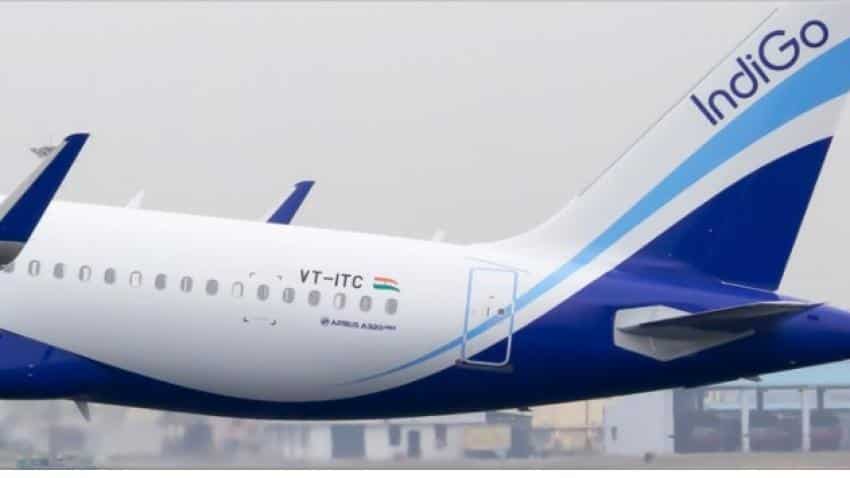 In March, the Directorate General of Civil Aviation (DGCA) had asked P&W to fix the issues related to its engines powering A320 neo planes flown by the Indian carriers within a specified time. Image Source: IndiGo/Twitter
Written By: PTI
RELATED NEWS

No-frills airline IndiGo is understood to have grounded at least nine A320 neo aircraft due to problems in their Pratt & Whitney engines and efforts are going on to address the issues, according to sources.

In March, the Directorate General of Civil Aviation (DGCA) had asked P&W to fix the issues related to its engines powering A320 neo planes flown by the Indian carriers within a specified time.

Sources, who did not wish to be named, said at least nine A320 neo planes of IndiGo are currently grounded due to engine issues, which are in the process of being addressed.

"We have faced some issues with the neo engine, causing operational disruptions. Both Pratt & Whitney and Airbus are working to address the issues," IndiGo said in a statement.

Also Read: Flight cancellations due to "technical" issues double in May

In the meantime, the airline continues to receive the necessary operational and technical support, including the provision of spare engines to help mitigate the operational impact, the statement added.

Back in February, the regulator had also directed IndiGo and GoAir to conduct inspections of the P&W engines once they complete 1,000 hours of flying, instead of 1,500 hours as recommended by the engine maker.

Further, the DGCA had sought repeat inspections every 500 hours thereafter.

When contacted, engine maker P&W said that with the support of Airbus, it is actively working with customers in India and are supporting them in their daily operations.

"One example of supporting our customers is the No 3 carbon seal upgrade.

"P&W's on-wing carbon seal improvement package received certification in April and has been deployed to our customers. These changes are designed to improve the carbon seal's durability for PW1100G-JM engines on the A320 neo fleet," it said in a statement.

According to the statement, P&W PurePower GTF engine employs advanced technology and has been in operation for more than one year.

It has more than 200,000 hours of passenger service and is utilised by 13 operators flying 250 flights per day to over 100 destinations on four continents, the statement added.

IndiGo also said it had faced issues with regard to getting customs clearances for engines during the roll-out of Goods and Services Tax (GST).

"We also faced some issues this month in getting some engines cleared at the customs post the implementation of GST.

"However, the government has cleared the confusion and has come out with a notification stating that leased aircraft and engines are exempt from custom duty so we are hopeful that this problem is behind us now," it said in the statement.