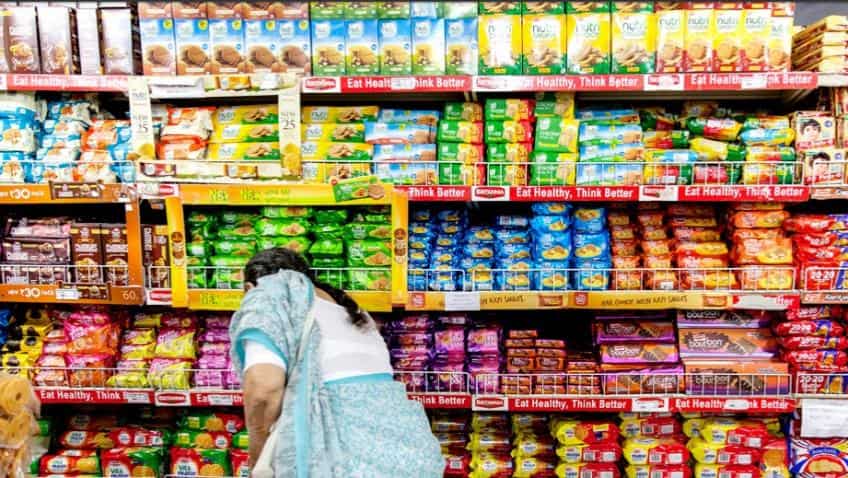 The top brands has performed well even when in 2015 the domestic indices plummeted because of global economic concerns. Photo: BrandZ
Written By: Hitisha Jain
RELATED NEWS

The stock portfolio of country's top 50 most valuable brands has outperformed BSE benchmark Sensex over a period of 24 months ended on August 2016.

According to BrandZ study, conducted by Kantwar Millward Brown for WPP, the stock portfolio of the Top 50 Most  Valuable Indian Brands increased by 10.8% in terms of value between August 2014 and August 2016, while during the same period, the 30-share benchmark, Sensex declined 3.5%. 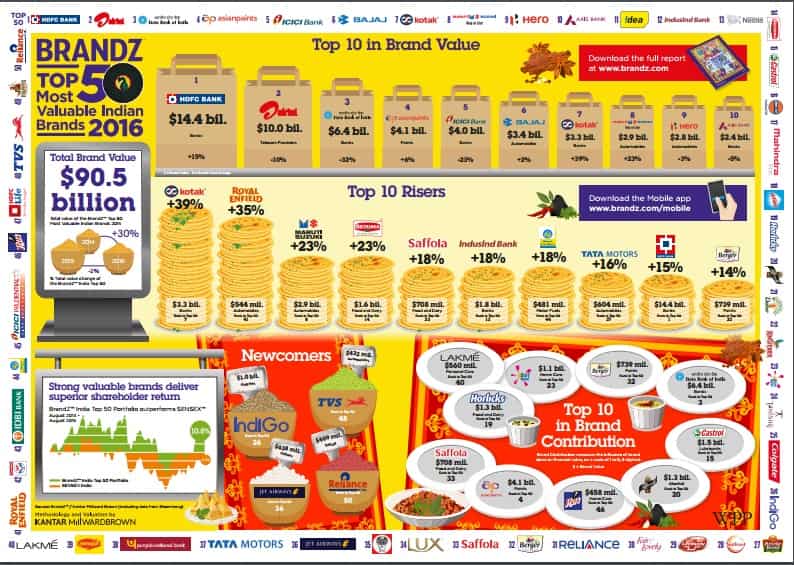 "The ability to generate superior returns for shareholders is only one of the advantages gained by building valuable brands. High-value brands also help drive sales volume, command premium pricing, and expand market share", the report added.

The top brands has performed well even when in 2015 the domestic indices plummeted because of global economic concerns and country's political issues.  This shows that the brands have the ability to outperform even when the market going  through turbulance.

However, the stock portfolio of these companies did tracked with Sensex, but never experienced severe decline as it rebounded sharply within a span of ten months i.e. from November 2015 to August 2016. 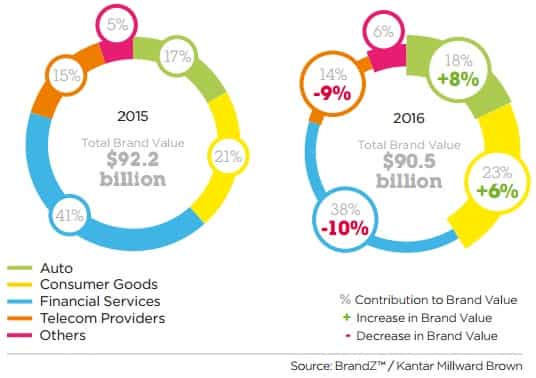 Like we had reported earlier, that in two years, since Narendra Modi elected as the Prime Minister of the country, the Sensex has surged 85%.

The trend could be seen even in the consumer market, which remained optimistic till now. The government, with its reforms managed to build the consumer sentiments which is helping companies to build brand value.

"The government advanced several important measures designed to make it easier for foreign brands to do business in India. New rules permit 100% foreign investment in defense and aviation companies and liberalize ownership in the pharmaceuticals sector.  The government also relaxed local sourcing regulations for retailers that primarily sell a single brands", the report added.

With these changes, it is expected to attract more foreign direct investment. Further, with the recent passage of Goods and Service Tax Bill, the government has taken important initial steps to make taxation simpler and more equitable.

Among the top 10 Risers, with Kotak Mahindra Bank at the top, reflects the increase in n discretionary consumer spending, the diversification of the nation’s economy, and the emergence of valuable brands across many categories.

Last year, half of the Top 10 Risers were financial brands – four banks, two of which were state-owned, and one insurance company. This year, only three banks (Kotak Mahindra Bank, IndusInd Bank and HDFC Bank), all private Indian brands, rank in the Top 10 Risers. 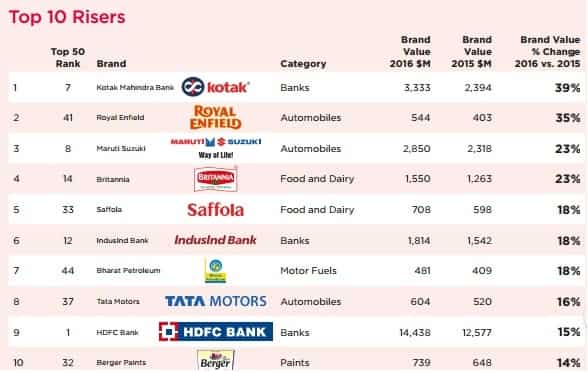 "The three private bank brands in the Top 10 Risers increased in value despite loan problems that hurt the banks category overall. As a group, the private banks in theTop 50 rose 7% in brand value, while the state-owned banks declined 33%. Each of the private banks strengthened its digital capabilities and presence outside of India’s urban centers", the report said.

Kotak Mahindra Bank became the fastest rising brand with 39% increase in value, benefited from consumer response to its higher interest rates on saving accounts and from the acquisition with ING Vyasya. Similarly, IndusInd Bank's brand value increased by 18% on the back of its loan portfolio helped strengthening automobile category.