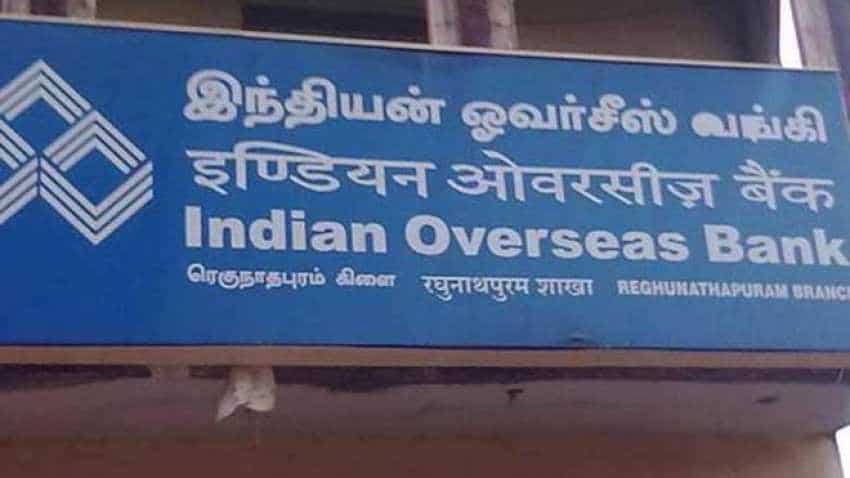 The bank had registered a net loss of Rs 1,222.50 crore in the year-ago period. Sequentially also, its net loss narrowed from Rs 919.44 crore in the first quarter ended June of the current fiscal. Image source: PTI
Written By: PTI
RELATED NEWS

"Net loss is due to provisions on bad debts and investment and not due to operations," the bank said in a release. Total income fell to Rs 5,348.35 crore during July-September 2018-19 from Rs 5,610.35 crore in same period a year ago, IOB said in a regulatory filing.

Bank's asset quality deteriorated with the gross non-performing assets (NPAs) rising to 24.73 per cent of gross loans by the end of the second quarter as against 22.73 per cent as on end-September 2017. Though it was down when compared sequentially from 25.64 per cent at end-June.

Provisions for bad loans and contingencies came down to Rs 2,016.60 crore for the reported quarter from Rs 2,238.09 crore. IOB said it received government capital infusion of Rs 2,157 crore on July 23 against preferential allotment of equity shares and has added the same as tier I equity capital.

"Recovery achieved is substantially higher than slippages during the quarter mainly due to focused efforts towards recovery and containment of NPAs (fresh slippage and other debits in existing NPA accounts)," it said.

Further, the bank has recovered Rs 247 crore in six NCLT accounts during the September quarter and expects further recovery aggregating Rs 802 crore in the third quarter in two NCLT accounts where resolution is at an advanced stage. Stock of IOB closed 6.95 per cent up at Rs 14 apiece on the BSE.