The bank's action comes at a time when the Naresh Goyal-promoted airline is in talks with potential investors  to  raising funds to tide over the liquidity crisis. 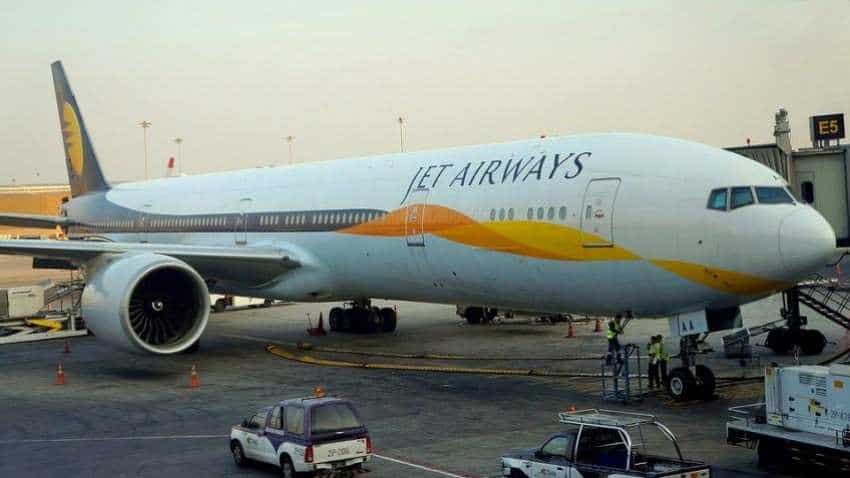 The airline has been struggling to keep afloat following three consecutive quarterly losses of over Rs 1,000 crore each, Image source: Pixabay
Written By: PTI
RELATED NEWS

Country's largest lender State Bank of India (SBI) has ordered a forensic audit of Jet Airways' books, which has been grappling with financial woes for many months, for the period between April 2014 and March 2018, according to sources in the bank.

The State Bank, which is the lead banker to the airlines' over Rs 8,000 crore loans, has mandated EY to conduct the forensic audit of its books, which has already began the process, the sources added.

The airline has been struggling to keep afloat following three consecutive quarterly losses of over Rs 1,000 crore each.

The bank's action comes at a time when the Naresh Goyal-promoted airline is in talks with potential investors to raising funds to tide over the liquidity crisis.

When contacted, an SBI spokesperson declined comments saying, "it's the policy of the bank not to comment on individual accounts."

Emails sent for confirmation from the airline and EY also did not elicit immediate responses.

The audit was ordered following a complaint of alleged financial irregularities in Jet Airways accounts by a whistle blower, the sources said.

"The forensic audit has been mandated to E&Y LLP and the firm has already started the process," the sources said.

In August, government had ordered an inspection of books and papers of the airline. The outcome of the probe, however, is awaited.

Besides, there were also reports about alleged siphoning of funds to the tune of Rs 5,000 crore by the promoter Goyal.

With three back-to-back quarterly losses and a net debt of Rs 8,052 crore as of September 2018, the airline is working on ways to raise funds and reduce costs. The cash crunch has been so bad that it has paying salaries in tranches for months now.

The Mumbai-based airline in which Ethihad Airways also owns 24 percent, is negotiating a deal with the Gulf carrier to offload another 25 percent holding, to mop up funds.

Last month, there were talks that the Tatas were interested in buying out the Goyals from the airline and merge it its airline Vistara. But a board meeting of Tata Sons in mid-November had said the group was only at preliminary.