PAL has also strengthened its distribution network by adding both number as well as layers of intermediaries in order to support the business growth. 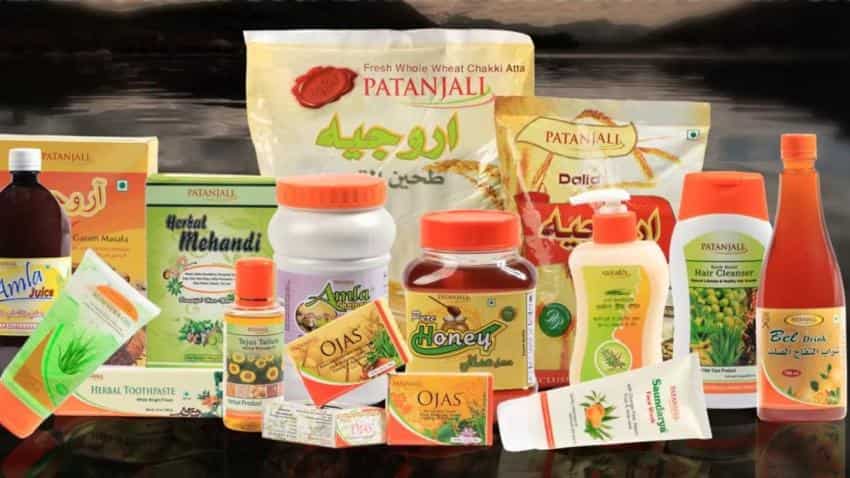 "ICRA has upgraded the long term rating of Patanjali Ayurved Ltd from A minus to A plus for Rs 300-crore fund based facilities. The outlook on the long-term rating is Stable," ICRA said.

It further said: "ICRA has also upgraded the short term rating of PAL from A two plus to A one for Rs 20 crore non fund based facilities."

Explaining the rationale of the rating upgrade, ICRA said it factored in PAL's robust revenue growth in FY2016 (Rs 4,812 crore from Rs 2,007 crore in FY2015) and the current fiscal (around Rs 3,600 crore in seven months), supported by increasing brand penetration through strengthened marketing in the recent past and strong following of Baba Ramdev among others.

Moreover, with continuous new product introduction, the Haridwar-based company has "one of the widest product portfolio amongst the FMCG players operating in India."

PAL has also strengthened its distribution network by adding both number as well as layers of intermediaries in order to support the business growth.

"These factors combined with partial backward integration and relatively lower selling and administrative overheads have enabled PAL to maintain its healthy profitability margins and return indicators, in spite of high competitive pressures," it said.

ICRA further added: "PAL's liquidity remains strong on the back of healthy internal accrual generation, sizeable cash balances and limited debt repayment liability resulting in moderate utilisation of the working capital limits availed from the bank. This coupled with a sizeable net worth has continued to result in low gearing levels and robust debt protection metrics."

The rating agency, however, said PAL could face challenge of high competitive intensity of the FMCG industry and relatively high working capital intensity that could have an impact on its margins.

"Given the regular rollout of new products, the company's reliance on contracted manufacturing is increasing which can moderate the company's profitability margins going forward," said ICRA.

It further said rapid growth in scale of operations exposes the company to challenges of enhancing the management bandwidth as well as maintaining product quality.

"Given the strong linkage of the 'Patanjali' brand with PAL's key management personnel, and ongoing legal proceedings against some of them, the company remains exposed to the outcome of these proceedings and/or any decline in the followership of these individuals," it said.