U.S. pop singer Gwen Stefani will perform for about 10,000 people at a gala event to launch of the G70, the third sedan to carry the Genesis name but the first to be marketed exclusively under Hyundai Motor`s fledgling premium brand. 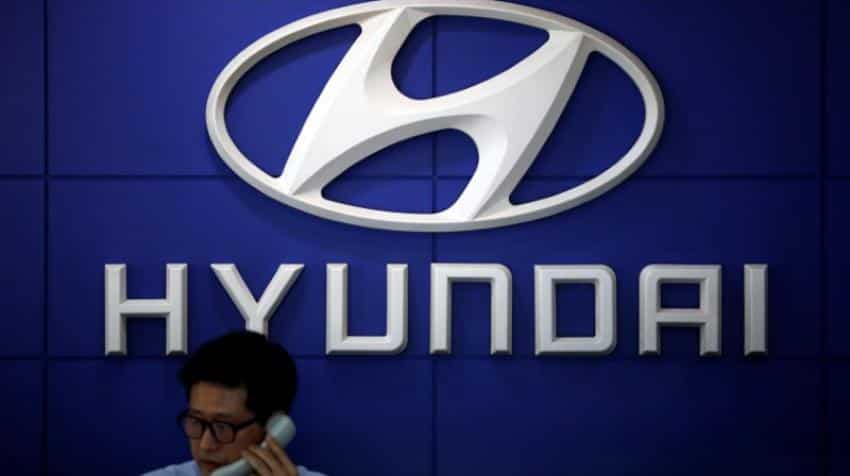 The logo of Hyundai Motor is seen at its dealership in Seoul. Photo: Reuters
Written By: Reuters
RELATED NEWS

South Korea`s Hyundai Motor Co <005380.KS> will launch its first new sedan under the premium Genesis marque in Seoul on Friday, hoping to cement the brand`s place in the luxury segment and make up for its lack of a strong SUV line-up.

U.S. pop singer Gwen Stefani will perform for about 10,000 people at a gala event to launch of the G70, the third sedan to carry the Genesis name but the first to be marketed exclusively under Hyundai Motor`s fledgling premium brand.

Starting from $33,000, the sporty four-door offers bang for the buck as it takes on rivals including affiliate Kia Motor`s <000270.KS> Stinger sedan and BMW`s 3 series.

But analysts say the G70 will not solve Hyundai`s troubles in the United States, where sports utility vehicles (SUVs) are all the rage and the two previous Genesis-branded sedans failed to take off.

"Look at Cadillac, with just one crossover, the brand is struggling in the U.S. It will be much the same story for Genesis until they can get a crossover to market," said Dave Sullivan, product analysis manager at U.S. consultancy AutoPacific.

"It`s not because the G70 will be a bad product ... The sedan lineup just doesn`t match consumer demand."

The G70 debuts in South Korea on Friday followed by the United States next year. Hyundai has not said when it would enter China and Europe, which are dominated by German premium brands.

Hyundai`s China sales tumbled more than 60 percent in the second quarter due to its lack of a strong SUV line-up and political tensions between China and South Korea over North Korea`s nuclear weapons programme.

In the United States, SUVs made up 35 percent of Hyundai`s total U.S. sales from January to August this year, far lower than the industry`s 62 percent, according to U.S. researcher Autodata.

The Genesis project is being closely watched by Hyundai Vice Chairman and heir apparent Chung Eui-sun, as he prepares to take over the world`s No.5 auto group from his father, 79-year-old Chairman Chung Mong-koo.

As the first Genesis model which was not previously sold as a Hyundai, the G70 will be a key test of the two-year-old marque`s ability to survive in a fiercely competitive field.

Its chief rival will be Hyundai affiliate Kia`s slightly cheaper Stinger, which shares the same platform as the G70 and launched in late April. Other rivals include BMW`s 3 series, Audi`s A4 and Mercedes-Benz`sC-class.

Hyundai has said the Genesis line-up will grow to six by 2020, with the addition of a sports coupe and two SUVs.