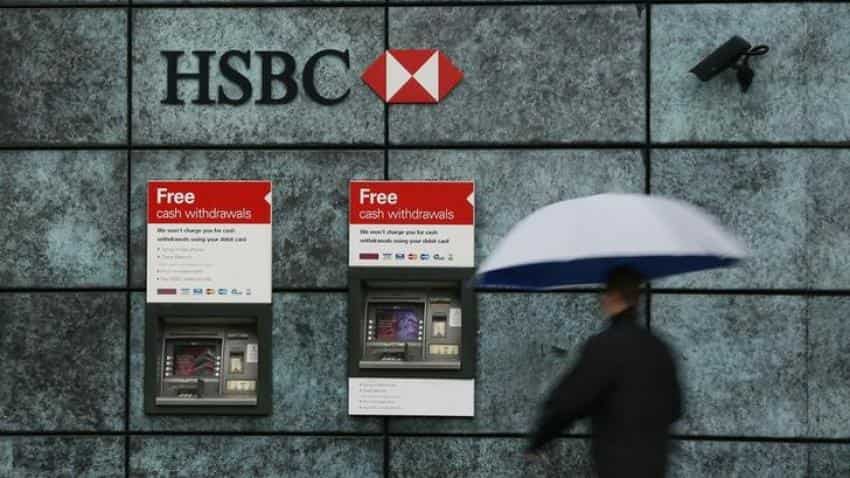 File photo of a man walking past a HSBC bank branch in the City of London. Image Source: Reuters

A senior HSBC Holdings Plc executive pleaded not guilty on Monday to charges that he participated in a fraudulent scheme to front-run a $3.5 billion currency transaction by one of the bank's clients.

The plea on wire fraud and conspiracy charges by Mark Johnson, a British citizen who at the time of his arrest last month was HSBC's global head of foreign exchange cash trading, was entered by his lawyer in federal court in Brooklyn.

"He pleaded not guilty because he is not guilty," Frank Wohl, the lawyer, said after the hearing. "He's done nothing wrong."

Johnson and Stuart Scott, HSBC's former head of cash trading for Europe, the Middle East and Africa, are believed to be the first people to face US criminal charges arising from a probe of foreign-exchange rigging at banks.

The probe led to four banks last year pleading guilty to conspiring to manipulate currency prices. HSBC was not among those banks, but in 2014 agreed to pay $618 million to resolve related probes by US and British regulators.

The US Justice Department has continued to investigate, and HSBC has set aside $1.2 billion to cover various forex-related probes.

Johnson's arraignment came as the Federal Reserve Board announced its second enforcement action against a trader tied to the probes, Christopher Ashton, formerly of Barclays Plc.

Prosecutors said Johnson and Scott in 2011 misused information provided by a client that hired HSBC to convert $3.5 billion to British pounds in connection with a planned sale of the client's foreign subsidiaries.

The defendants then used their insider knowledge to trade ahead of the transaction, causing a spike in the price of the currency that hurt HSBC's client, prosecutors said.

The client was not named in court papers, but a source has said it was British oil firm Cairn Energy.

In total, HSBC earned $3 million from trades its currency traders placed, and $5 million from executing the transaction, prosecutors said.

In court on Monday, prosecutor Melissa Aoyagi said the Justice Department was in "discussions" with Johnson's lawyer. She did not elaborate. She also said prosecutors were turning over to the defense "voluminous" amounts of evidence.

HSBC on Monday said it is monitoring developments and is liaising closely with US authorities in their ongoing investigation.

Johnson is free on bail. Scott remains in the United Kingdom (UK). His lawyer, Gerallt Owen, has said he denies the allegations.