For the third quarter ended Sept. 30, HSBC reported pre-tax profit of $4.8 billion, compared with the $5.3 billion average of analysts` estimates compiled by the bank. The Hong Kong-listed stock of the London-headquartered bank fell almost 3%. 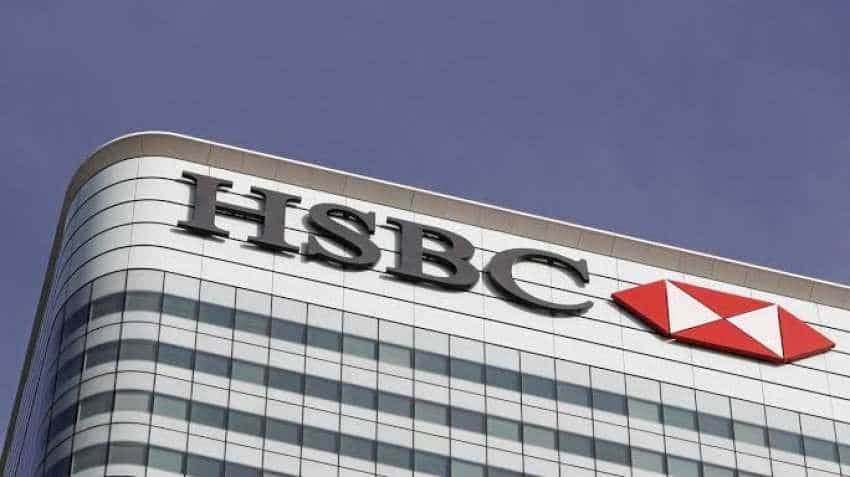 HSBC warms up to India ahead of general polls

HSBC Holdings PLC on Monday flagged a softer revenue growth outlook and additional restructuring charges, leading it to drop a key profit target for next year after posting a more-than-expected 18% drop in quarterly pre-tax profit. Europe`s biggest bank by assets has been looking to step up cost-cutting in a gloomy business environment brought about by an escalating Sino-U.S. trade war, Britain`s protracted withdrawal from the European Union, an easing monetary policy cycle, and unrest in its key Hong Kong market.

HSBC is also grappling with sluggish performance in continental Europe and the United States, which interim Chief Executive Noel Quinn called "not acceptable" and vowed to restructure.

HSBC said it will announce its new strategy at or before its full-year earnings report early next year.

For the third quarter ended Sept. 30, HSBC reported pre-tax profit of $4.8 billion, compared with the $5.3 billion average of analysts` estimates compiled by the bank. The Hong Kong-listed stock of the London-headquartered bank fell almost 3%.

The result is HSBC`s first under Quinn - formerly commercial banking head - and is widely seen by shareholders and insiders as a report card on his auditioning for the CEO role full time.

"Our previous plans are no longer sufficient to improve performance for these businesses, given the softer outlook for revenue growth," Quinn said of the bank`s U.S. and European operations.

As a result of a "more challenging" revenue outlook compared with the first half of the year, HSBC said it did not expect to meet its return on tangible equity (RoTE) target of 11% in 2020.

One of Quinn`s biggest headaches is HSBC`s U.S. retail banking business, which has struggled for years against much bigger domestic rivals and where it booked a loss of $189 million in the first nine months of the year.

Some analysts have said the bank could look to shutter the business entirely, but Quinn dismissed the notion.

"You should not read into anything I`ve said that we are looking to exit the retail bank in the U.S.," he said on Monday.

A veteran of the bank since 1987, Quinn, 57, has made no secret that he is keen to secure the permanent appointment of CEO from Chairman Mark Tucker, who said in August the search to replace the ousted John Flint would take six to 12 months.

Quinn said the bank, which generates the bulk of its revenue and profit in Asia, said it would rebalance capital away from low-return businesses and adjust its cost base.

Such action could result in significant charges in the fourth quarter and subsequent periods, including the possible impairment of goodwill and additional restructuring charges, the bank said.

The near- to medium-term outlook for HSBC and rival Standard Chartered PLC has also been clouded by anti-government protests in Hong Kong, their single-biggest profit centre.

Hong Kong has fallen into recession, hit by more than five months of protests that show no sign of relenting, and is unlikely to achieve annual economic growth this year, the city`s Financial Secretary said on Sunday.

Bankruptcy petitions presented by debtors in Hong Kong rose nearly a fifth in the September quarter to 1,945 versus the same period a year earlier, government data showed.

HSBC said its expected credit losses - including a "charge to reflect the economic outlook in Hong Kong" - increased by $400 million in the third quarter. Revenue for the first nine months of the year in Hong Kong, however, rose 7%.

"Obviously the economy is getting impacted by two things - the U.S.-China trade dispute and the protests," said Chief Financial Officer Ewen Stevenson, referring to HSBC`s business in Hong Kong.

"The part of the credit portfolio that we are most focused on is smaller end of the SMEs (small-to-mid-sized enterprises). It`s difficult to predict coming quarters because in part it depends very much on those two things and when we will see resolution on either.

HSBC warms up to India ahead of general polls