How Eicher Motors' changed its fortune from crisis year to present 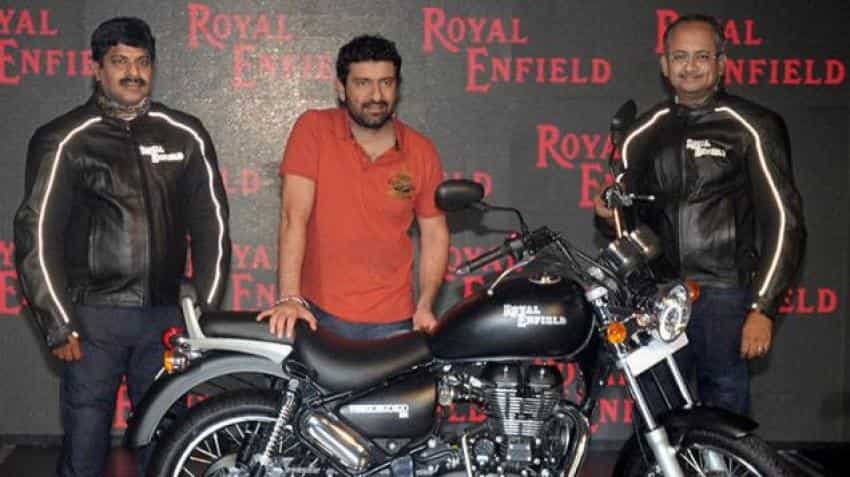 From beginning of 2016, shares of Eicher Motors have surged faster than the automobile index on NSE. Photo: Official Website

If you are a long-term investor and have invested in auto stocks, especially in Eicher Motors, then your good days have arrived.

Eicher Motors on Wednesday breached the Rs 26,000 mark on NSE, the highest level ever recorded by the company.

Traded volume were around 1.02 lakh shares at a turnover of Rs 257.72 crore on NSE exchange.

From beginning of 2016, shares of Eicher Motors have surged faster than the automobile index on NSE. 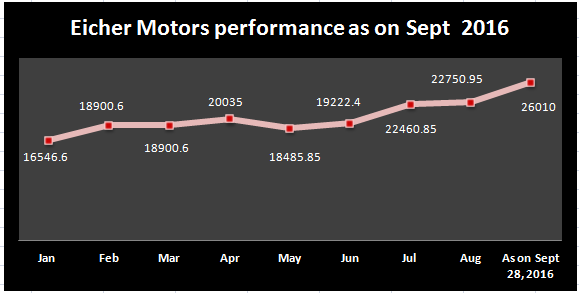 While automobile index has grown by 33%, Eicher Motors has surged by 57.19% till date. 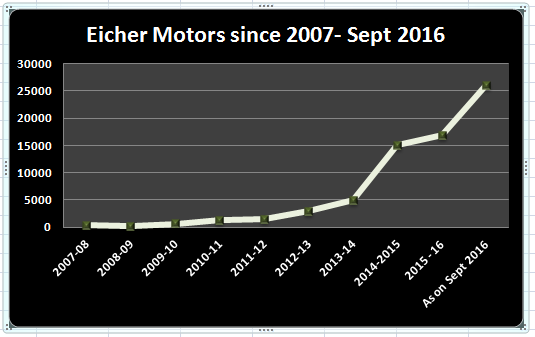 Interestingly, till the year 2015-16, the stock of the company was trading below Rs 17,000, which means that Eicher Motors' fate has changed commendably in this fiscal year. 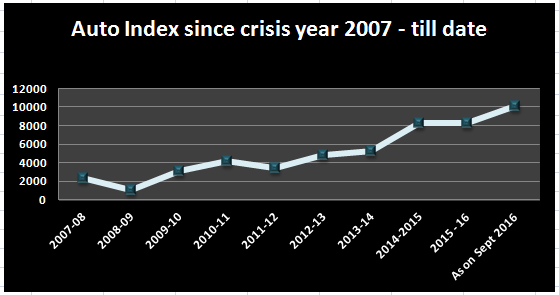 The volatility of Nifty Auto changed when investors pushed the index over 8000-mark in 2014-15. The same sentiments of investors were carried till last year.

It is only this fiscal year, that the era of Nifty Auto has changed surprisingly. Now the Nifty Auto trades above 10,000-mark, mainly tapped by developments on 7th Pay Commission, passage of Goods and Service Tax (GST) bill and robust sales from auto industry.

What makes Eicher Motors so special?

An employee stock ownership plan (ESOP) is a qualified defined-contribution employee benefit (ERISA) plan designed to invest primarily in the stock of the sponsoring employer. ESOPs are "qualified" in the sense that the ESOP's sponsoring company, the selling shareholder and participants receive various tax benefits.

Earlier in May, Anita Lal, Rukmani Joshi and The Eicher Goodearth Trust – part of the promoter group of Eicher Motors – sold a part of their stake for around Rs 2,100 crore.The proceeds will be utilised to provide liquidity to the promoters, and the proceeds are to be utilised for personal use, such as portfolio and other investments, and for charitable purposes.

Also, the company re-appointed Sidhartha Lal as Managing Director for another term of five years.

EBITDA - earnings before interest tax depreciation and amortization, improved consistently in FY16 to Rs 2081 crore, rose by 65.28% against Rs 1259 crore in FY15.

Currently Eicher Motors is a debt free company. It's Royal Enfield has captured nearly 96% of market share in the mid-size motorcycles segment.

The Royal Enfield's EBITDA margins in FY16, has set a 28.3% benchmark in the automobile industry.

In August sales, Royal Enfield sales jumped by 32% to 55721 units against 42360 units in the similar month of the previous year.

Going ahead, it VE Commercial vehicles have captured a 34% market share in domestic LMD segment. It's EBITDA margin in FY16 was recorded at 8.1% best in class.

Outlook ahead for Eicher Motors also looks positive with the festive season right across the corner.

Vinod Agarwal, CEO-VE CV of Eicher Motors in an interview with Economic Times said," We are positive for this short- to medium-term. Especially for the festive seasons, I think the demand is going to be good and more especially because September still will be sluggish because last year in September there was lot of pre-buying because of ABS and few other regulatory implementations and this year, of course, from October because last year October was low, so this year October onwards which is also festive season, we should see good demand. "