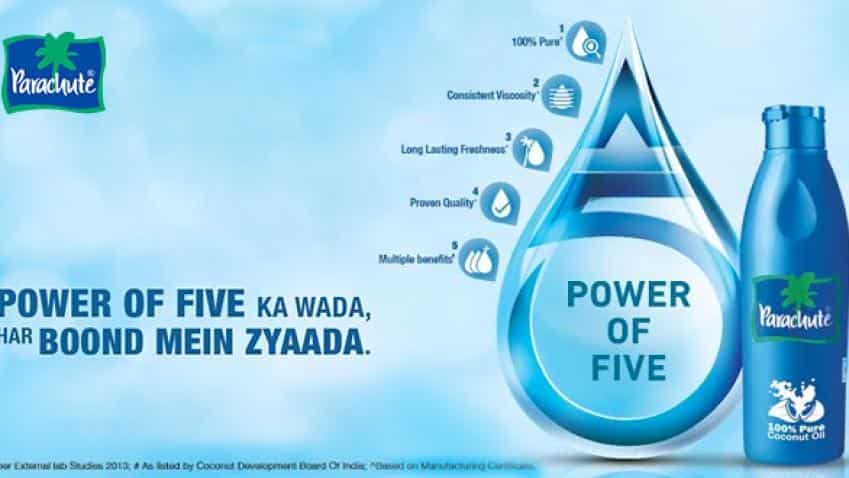 These kernels, also known as Copra, it is an important raw material in Marico's flagship product--Parachute hair oil.

Anticipating a hike in Copra prices, Marico, in May 2016 raised prices of the hair oil. And instead of a prescient move, it turned out to be a disaster for the company. Sales, in the three months period ended September 30, 2016, declined 1% to Rs 144 crore while net profit rose 18.3% to Rs 177 crore. However, year-on-year (y-o-y), revenues of the company declined 0.7%.

The company’s domestic volume growth in second quarter decelerated sharply to 3.4% as against the steadier 6-10% trajectory.

Given the fact that FMCG companies were expecting a revival in discretionary spending on the back of good monsoon and bountiful 7th Pay Commission, this is a near nightmare.

Shares of the company have dropped 6.36% since its results that were announced on October 28. Currently Marico was trading down 0.34% intraday on BSE Sensex today.

However, if Vivek Karve, Chief Financial Officer, Marico Limited is to be believed, the company will be back on growth trajectory. "Towards the second half of the quarter, the raw material prices started going up. This, coupled with expected revival of the rural economy given the good monsoon, should help the brand regain some of the lost ground in the second half of the year,” he said.

How did this happen?

"Contrary to our estimate, post Brexit in end June, the commodity table dropped. Consequently, the local competition, did not take up the prices, thus putting pressure on Parachute volumes. The stressed rural demand further accentuated the decline,” Karve told Zeebiz.

Analysts at JM Financial, Richard Liu and Vicky Punjabi, in a report 'Pricing backlash' dated October 28 said, “Management candidly admitted that the price-hike decision was clearly a mistake in hindsight, and they have learnt from the incident.”

There was an increase in copra prices by 20% as against its July level which showed that Marico was right about the inflationary pressures felt on the product, Liu and Punjabi said.

There were things that went in Marico's favour as well.