Hike competes with global messaging giants such as Facebook's WhatsApp and China-based WeChat. In comparison to these two messaging apps, Hike's valuation is several times lower. 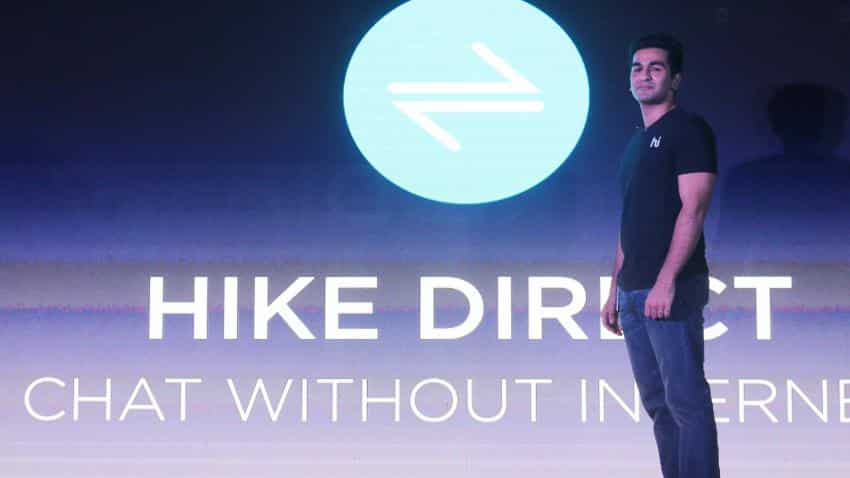 Kavin Mittal, Founder and CEO of Hike Messenger at the launch of Hike Direct in New Delhi. Photo: IANS

India's homegrown messaging platform, Hike Messenger, raised $175 million (approximately Rs 1,170 crore) in its latest round of funding. The company said that it raised funding in a series D round led by China-based Tencent Holdings and Taiwan's Foxconn Technology Group taking its valuation to $1.4 Billion (Rs 9,350 crores).

With this investment, the total investment in the messenger is now over $250 million. Existing investors Tiger and Bharti also participated in this round.

Hike competes with global messaging giants such as Facebook's WhatsApp and China-based WeChat. In comparison to these two messaging apps, Hike's valuation is several times lower.

WeChat, for instance, was valued at $83.6 billion by August 2015, according to a HSBC report. While WhatsApp's valuation is expected to be over $19 billion last year, when it was acquired by Facebook.

In January 2016, Hike announced it has registered a user base of 100 million users. From which 95% of Hike users are based in India and 90% of them are young and below the age of 30.

WeChat, in comparison has crossed 700 million monthly active users (MAU) during March 2016,although a large majority of these are Chinese users. While WhatsApp had crossed 1 billion MAU by February 2016. Out of this over 70 million users that were using WhatsApp are from India.

Apart from this, Hike has an engagement of 120 minutes per week. This is a 2.4 times growth in the monthly messaging volume, according to Softbank's quarterly report for the quarter ending March 31, 2016.

Hike on all counts has to play catch up to these two messaging apps which are miles ahead in the race. Even in India, WhatsApp has captured the entire market and makes it very difficult for it grow its user base faster. WeChat, on the other hand, has captured the messaging users in its home country China with restrictions disallowing international messaging apps to function.

Tech Mahindra Q3 results today; IT major's stock holds on to the green amid volatile trade