Mother Dairy Managing Director Sangram Chaudhary told IANS that Safal had come to the rescue of Mother Dairy during the nationwide lockdown. 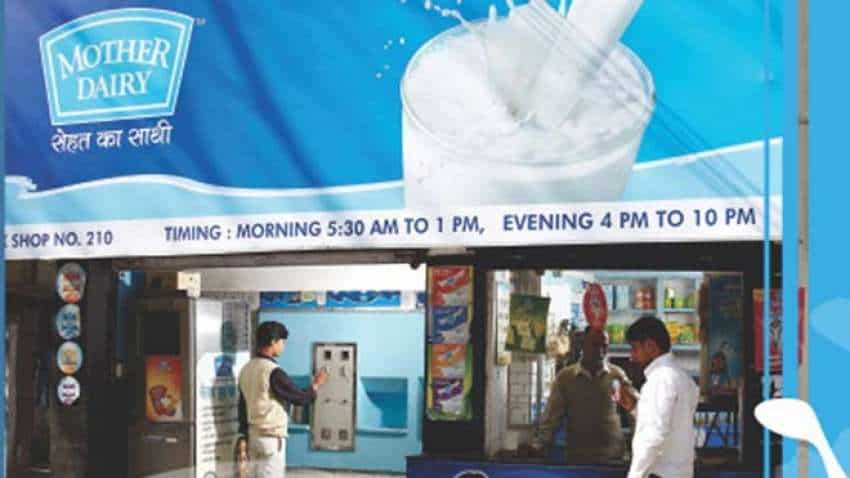 Mother dairy had registered sale of 270 tonnes of fruits and vegetables in May, compared with 230 tonnes in April, and 200 tonnes in March, and 160 tonnes in February. Photo: Reuters
Written By: IANS
RELATED NEWS

The demand for Mother Dairy milk reduced during the lockdown amid the coronavirus scare though the demand for fruits and vegetables sold by Safal, its retail network in the segment, increased by 69 per cent in May compared with February, a top official said on Tuesday.

Mother dairy had registered sale of 270 tonnes of fruits and vegetables in May, compared with 230 tonnes in April, and 200 tonnes in March, and 160 tonnes in February.

Mother Dairy Managing Director Sangram Chaudhary told IANS that Safal had come to the rescue of Mother Dairy during the nationwide lockdown.

He said that a 60 per cent decreased in demand for ice cream was registered since hotels, restaurants and other eateries were closed due to the lockdown.

Overall sale of milk was still 10 per cent lesser due to absence of demand for buttered and flavoured milk products while milk sale had come down by 20 per cent in the initial days of the lockdown, he added. He said that the excess stock of milk was used to produce milk powder and other products.

On the other hand, there was a considerable increase in the demand for fruits and vegetables sold by Mother Dairy.

Mother Dairy, a wholly owned subsidiary of National Dairy Development Board, helped provide milk and its products, fruits and vegetables to the Delhi residents through its booths across the national capital, Chaudhary said.

He admitted that it was a challenging task to procure milk during the lockdown, ensure its storage, pasteurisation, distribution and sale after sanitisation of booths and supply chains and sensitising the persons involved in the whole process.

"This challenge is still there and Mother Dairy is still on the job as our milk supplies come from places even 2,000 km away," the officer pointed out.

Chaudhary said that a milk special train arrived in Delhi from Tirupati twice a week, with each milk tanker carrying 42,000 litres of milk.

Asked about the problems faced by dairy farmers in selling milk, he said there were problems during the initial stages of the nationwide lockdown but the process was now smooth and there was a 20 per cent increase in milk procurement by Mother Dairy.

He said that an increase in sale of milk and other products would pick up as the reopening of hotels and restaurants had been allowed from June 8 in non-containment zones.

Chaudhary said that he was expecting a decrease of 7-8 per cent in business in the first quarter of this fiscal though the situation will improve with the reopening of the HoReCa (hotels/restaurants/caterers) segment which accounts for 20 per cent of the Mother Dairy revenues.