IT services major HCL Technologies' Tuesday said its consolidated net profit for the September quarter grew 16.1 per cent to Rs 2,540 crore and exuded confidence about meeting its revenue forecast for the fiscal on the back of strong growth momentum. 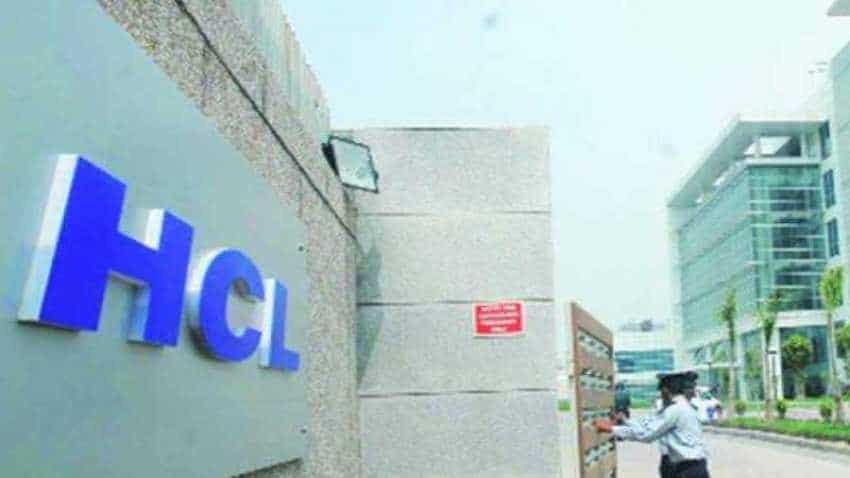 The Noida-based company had registered a net profit of Rs 2,188 crore in the year-ago period. Its revenue grew 19.5 per cent to Rs 14,861 crore in the quarter under review from Rs 12,434 crore in the September 2017 quarter. Image Source: Reuters
Written By: PTI
RELATED NEWS

IT services major HCL Technologies' Tuesday said its consolidated net profit for the September quarter grew 16.1 per cent to Rs 2,540 crore and exuded confidence about meeting its revenue forecast for the fiscal on the back of strong growth momentum.

HCL Technologies said it expects its revenues in FY'19 to grow between 9.5-11.5 per cent in constant currency that translates into a dollar revenue growth of 8.2-10.2 per cent (based on September 30, 2018 forex rates).

He added that the deals signed were a mix of Mode 1 and Mode 2 services led by areas like digital and analytics, cloud, Internet of Things, cybersecurity, along with infrastructure services, engineering and R&D services, and business services.

Vijayakumar said the company's revenue from Mode 3 (IP-led businesses) achieved a milestone of USD 1 billion on annual run rate basis. In dollar terms, the net profit rose 5.1 per cent to USD 356.7 million for July-September quarter, while revenue was higher by 8.9 per cent at USD 2.09 billion.

"Given the deal bookings and the momentum that we are seeing, we will continue to see incrementally better growth in the rest of the year. That is something we are very confident of...9.5-11.5 per cent (revenue guidance), we are likely to be in the mid-point of this guidance range," he said.

Vijayakumar said the outlook from the demand perspective was positive. "...In the US markets, there is significant amount of discretionary spend which is picking up and we are definitely benefiting from that. We are very positive about the overall outlook and the demand environment," he added.

The growth momentum, in the said quarter, was driven by technology and services at 38 per cent, Lifesciences and Healthcare at 13.9 per cent and Retail & CPG at 11.1 per cent (on last 12 months year-on-year constant currency basis).

HCL Technologies board has recommended a dividend of Rs 2 per share. The company added 11,683 people (gross) during the quarter with total headcount at 1,27,875 at the end of September quarter. The attrition for IT services on last 12 months basis during the quarter was at 17.1 per cent.

Americas accounted for over 65 per cent of the company's revenue during the quarter, while Europe and Rest of the World contributed 26.8 per cent and 7.4 per cent, respectively. Its shares Tuesday fell 2.79 per cent to close at 952.75 apiece on the BSE.