Heavy taxation post GST, infrastructure shortcomings, expensive tariffs and poor planning have resulted in a drop in tourist arrivals in Goa, according to Savio Messias, president of the state`s top body travel and tourism industry stakeholders. 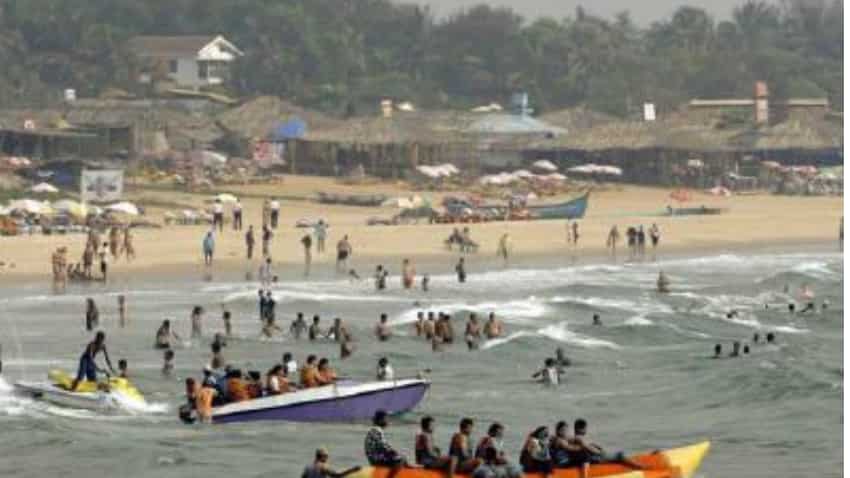 Hotel bookings are around 50 per cent, whereas some years ago, it used to be nearly fully booked during the Christmas and New Year period, said Messias, a travel and tourism company owner. Image source: Reuters
Written By: IANS
RELATED NEWS

Goa Board Class 10, 12 exams 2021 Date: Examinations to be held in April-May; Subject-wise time-table on January 15

Heavy taxation post GST, infrastructure shortcomings, expensive tariffs and poor planning have resulted in a drop in tourist arrivals in Goa, according to Savio Messias, president of the state`s top body travel and tourism industry stakeholders. Messias, whose organisation, the Travel and Tourism Association of Goa, is one of the oldest travel and industry collectives in the state, said that if concerns of the tourism industry are not addressed soon, it may meet the fate of the state`s mining industry, which has been virtually defunct for six years due to excessive exploitation of natural resources and poor management.

"This season has not been up to the expectations at all. Hotel bookings are around 50 per cent, whereas some years ago, it used to be nearly fully booked during the Christmas and New Year period," Messias told IANS. Goa is one of the top beach and nightlife tourism destinations in the country, attracting more than seven million tourists in recent years. The barometer of a good tourism season has invariably been the Christmas-New Year festive week, when a bulk of the tourists make a beeline to Goa.

But this year and, to some extent the season of 2017-18, has been a dampener to the tourism and travel industry in state. While the Tourism Department has claimed, that it was unable to provide official statistics of tourist arrivals up to December this year, travel industry experts claim that arrival of foreign tourists, especially those from the UK and Russia, who form bulk of the numbers, have dropped to 30 per cent from 50 per cent.

"This can be seen from the drop in the number of charter flights. Goa saw nearly 7,000 tourists from the UK last year until November, while in the corresponding period this year, the number is only 4,000-odd," a travel industry official said, requesting anonymity.

Similar is the case with Russia, whose outbound tourists are rushing to other winter tourism markets such as Egypt and Turkey, which were slack over the last few years due to volatile socio-political conditions in the respective countries.

But Messias claims that it is not geo-politics, which has led to a desertion of Goa as a favoured destination among international tourists. The reasons are more native, he says. "We have failed in our marketing strategies. We need to take a re-look at marketing of Goa. We have been participating in travel marts overseas, but it has not been effective. Marketing is not done by professionals, but by politicians," Messias says.

He also listed a range of factors which have cast a gloom on the festive spirit of Goa. "There are infrastructure problems in Goa, because of development work being carried out in the peak season," Messias says, even as the state`s key arterial roads have seen traffic jams due to construction of bridges, highway expansion and poor road maintenance.

Airline fares to and from Goa and local hotel costs also shoot up during peak period, which deter domestic tourists from travelling to Goa, when a package to destinations such as Sri Lanka and Thailand are cheaper, he said. One of the biggest problems, Messias said, has been the impact of Goods and Services Tax on the trade.

"The high rate of GST has added to the problem. Hotel rooms with a tariff above Rs 7,000 fall in the 28 per cent GST bracket. So the price really escalates," Messias said, adding that hotel industry stakeholders were lobbying with Union Minister Arun Jaitley for a relief.

Messias also said, that there needs to be a comprehensive study of the state`s carrying capacity vis-a-vis tourists, if the industry does not wish to go the way of more haphazardly managed sectors such as mining, real estate and taxi operations.

"Right now the hotel industry has become like real estate, mining, taxi, industries. There is too much exploitation. We need to sit across the table and work on the tourism master plan and other factors before the tourism industry faces the same fate as the mining industry," Messias said. There was no response from the Tourism Ministry despite repeated requests for a comment.

Goa Board Class 10, 12 exams 2021 Date: Examinations to be held in April-May; Subject-wise time-table on January 15