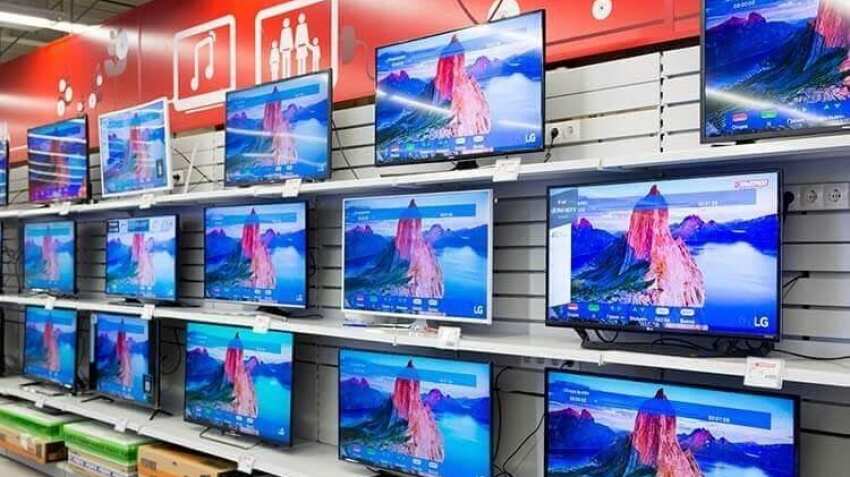 The GST Council in its meeting held on Saturday reduced tax rates on monitors and TV screens up to 32-inches, Image source: Zee Business
Written By: PTI
RELATED NEWS

Consumer electrocnics makers said Saturday the GST Council's move to reduce tax rates for mass-market TVs of up to 32-inch screens is commendable but a cut in high tax rate on air-conditioners could have benefitted the sector.

The Consumer Electronics and Appliances Manufacturers Association (CEAMA) said it was also hoping for a reduction in GST duty to 18 per cent on higher screen sizes of up to 40-42 inches, which are sold the most now.

According to him, it will further propel demand in this category.

Echoing views, the President and CEO Panasonic India and South Asia, Manish Sharma, said, "The reduction in the GST slab rate from 28 per cent to 18 per cent on items such as TVs upto 32 inches, digital cameras and monitors is a forward step that will help boost the consumption of durable goods, especially at a time when the industry is experiencing a slow single digit growth."

He also said that the government should have lowered GST rate on AC to 18 per cent.

"We believe higher energy-efficient appliances such as ACs should also have been taxed under 18 per cent slab as it would have further fuelled consumer sentiments while increasing the demand for consumer electronic goods in the country," said Sharma.

Commenting on it, EY Tax Partner Abhishek Jain said, "The approval for GST rate reduction on various goods and services like televisions up to 32 inches, cinema tickets, digital cameras, etc, is quite welcome by both the industry and consumers."

According to Nandi, who is also Business Head & Executive Vice President Godrej Appliances, the industry was expecting GST rates on AC to come down in this meeting as it is a not a luxury item any more.

"Recently the energy labels/standards has been increased on AC and import duty has also gone up and large part of the AC are still imported. The overall cost of AC has moved up for this industry and tax reduction was necessary for this segment," he said adding" hope it should be considered into the next GST council meeting in January."

According to CEAMA, the consumer appliances and electronics sector, barring washing machines has witnessed almost flat growth in the first half of this fiscal largely due to rupee depreciation that has spiked input costs.