At the meeting, the Oil Ministry made a presentation showing that 149 smaller fields of Oil and Natural Gas Corp (ONGC), Oil India Ltd (OIL) and other explorers accounted for just 5 per cent of the domestic crude oil production. 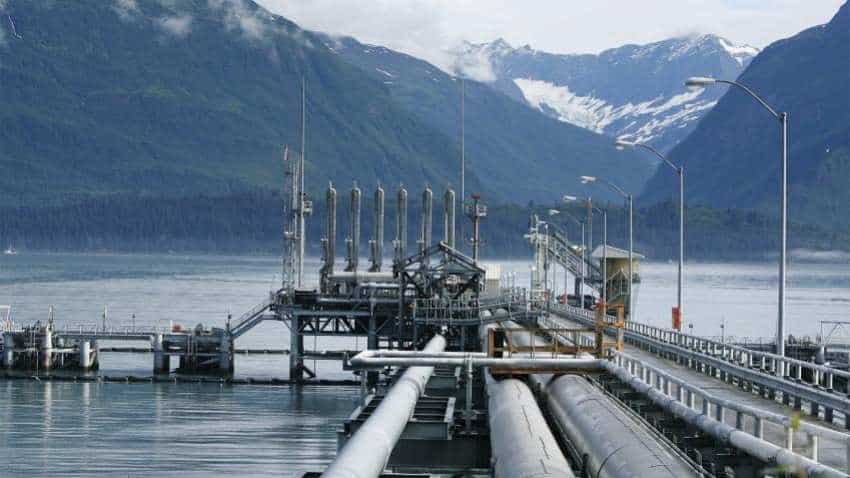 ONGC is of the view that it should be allowed the same terms that the government extends to private and foreign firms in DSF, Image source: IANS
Written By: PTI
RELATED NEWS

The government has constituted a six-member committee to look at selling as many as 149 small and marginal oil and gas fields of state-owned ONGC and OIL to private and foreign companies to boost domestic output, sources said.

Sources said the committee is a follow up of the October 12 meeting called by Prime Minister Narendra Modi to review domestic production profile of oil and gas and the roadmap for cutting import dependence by 10 per cent by 2022.

At the meeting, the Oil Ministry made a presentation showing that 149 smaller fields of Oil and Natural Gas Corp (ONGC), Oil India Ltd (OIL) and other explorers accounted for just 5 per cent of the domestic crude oil production.

It was suggested at the meeting that these smaller fields could be given out to private and foreign firms and ONGC could concentrate on the big ones where it could rope in technology partners through production enhancement contracts (PEC) or technical service arrangements.

Sources said the ministry was of the view that ONGC should concentrate on the large fields as they contribute to 95 per cent of its production and leave out the rest for private firms.

On the anvil is some kind of extended version of the Discovered Small Field (DSF) bid round where discovered and producing fields of ONGC are auctioned to firms offering the maximum share of output to the government, sources said.

The six-member panel has begun consultations with the stakeholders on the possible options, they said.

This is the second attempt of by the Oil Ministry to take away some of the fields of state-owned ONGC for giving to private and foreign companies.

In October last year, the Directorate General of Hydrocarbons (DGH) had identified 15 producing fields with collective reserve of 791.2 million tonnes of crude oil and 333.46 billion cubic metres of gas of national oil companies for handing over to private firms in the hope they would improve upon the baseline estimate and their extraction.

The plan, however, could not go through as ONGC strongly countered the DGH proposal with its own proposal that it be allowed to outsource operations on the same terms as the government plan.

Sources said ONGC is of the view that it should be allowed the same terms that the government extends to private and foreign firms in DSF.

The government gave out 34 fields to private firms by offering them pricing and marketing freedom for oil and gas they produced from the fields in the first round of DSF.

The second round of DSF with 25 fields on offer is currently under bidding.

The fields offered in DSF were taken away from ONGC and Oil India Ltd on the pretext that they were lying idle and unexploited. But under the present proposal, the government plans to take away discovered and producing fields.

Sources said ONGC feels it too should be allowed to seek revenue sharing partnership for its fields. Field operations could be outsourced to foreign or private firms that offered the highest revenue or production share over and above a baseline production.

The ministry is reasoning that the areas where the fields were discovered by ONGC were given to the state-owned firm on nomination basis.

In the proposal that was mooted in October last year, the plan was to give out 60 per cent stake in 15 fields -- 11 of ONGC and four of Oil India. These included Kalok, Ankleshwar, Gandhar and Santhal -- the big four oil fields of ONGC in Gujarat.

The DGH too had identified 44 fields of ONGC and OIL which could take on partners for production enhancement work where bidders would get the 'tariff' that they bid as a return for increasing the output 'over the baseline production' for an initial period of 10 years.

The Oil Ministry is unhappy with the near stagnant oil and gas production and believes giving out the discovered fields to private firms would help raise output as they can bring in technology and capital, sources said.

It has been tasked by the Prime Minister to cut dependence on oil imports by 10 per cent by 2022 from the over 77 per cent dependence in 2014-15. But the dependence has only increased and is now over 83 per cent.

The privatisation is repeat of the infamous round in 1992-93 when medium-sized discovered fields like Panna/Mukta and Tapti oil and gas field in western offshore were given to the now defunct Enron Corp of the US and Reliance Industries Ltd (RIL). As many as 28 fields were then awarded.

Under this regime, ONGC was made licensee and given an option to farm in 40 per cent of stake. The controversial privatisation under the then oil minister Satish Sharma had resulted in an inquiry by the Central Bureau of Investigation (CBI).