Government has proposed to create a larger and stronger gas transportation utility joining the entire pipeline infrastructure of GAIL and some of the infrastructure set up by other central and state PSUs - Indian Oil Corporation (IOC) and Assam Gas Company. 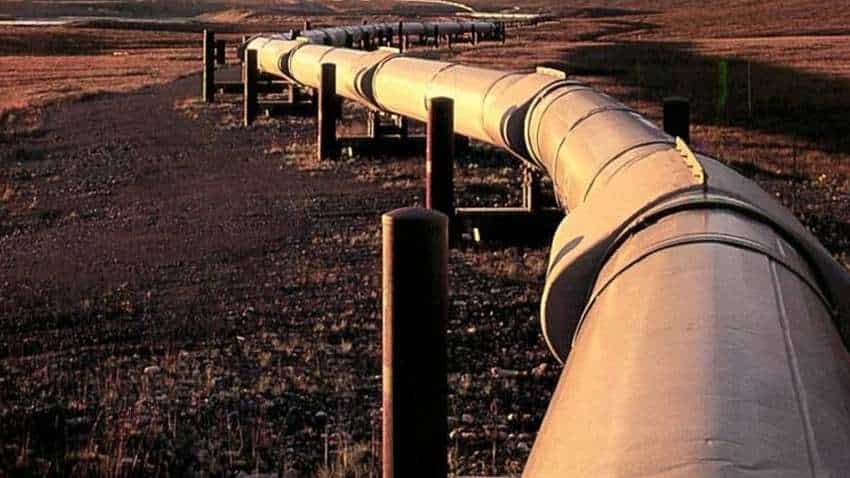 Stocks in Focus on December 23: NIIT Tech; ICICI Bank to GAIL; here are the 5 Newsmakers of the Day

Stocks in Focus on August 14: GAIL, Force Motors to Khadim; here are the 5 Newsmakers of the Day

Government has proposed to create a larger and stronger gas transportation utility joining the entire pipeline infrastructure of GAIL and some of the infrastructure set up by other central and state PSUs - Indian Oil Corporation (IOC) and Assam Gas Company.

The oil ministry has moved a cabinet note for unbundling marketing and transportation operations of gas in the country, a move that would end up splitting GAIL, which owns most of nation's natural gas transportation network. While the gas transportation operation of GAIL under this split would come under the PSUs 100 per cent subsidiary, sources said that government is now looking to strengthen the new unit by adding pipeline infrastructure created by other PSUs such as IOC, Assam Gas and some bit by ONGC.

"This is being looked at to develop the gas economy in the country where the fuel sourced from any part of the globe gets easy and equal rights on in transportation within the country. With regulator deciding the transportation charges, it would provide a level playing field to all user industries," said a government official privy to the development.

The official said while integrating pipeline operations of other PSUs with the new GAIL subsidiary, care would taken that only that infrastructure that supports transportation of gas to far flung areas and areas connected to user industries are integrated. Other pipeline infrastructure, critical to operations of PSUs and meant to be used as their feeder would not be touched. Thus a petroleum product pipeline of PSU such as IOC may not to merged with GAIL.

Also, GAIL will have to pay the book value for the existing natural gas pipelines that it integrates with its own infrastructure. At the going rate of around Rs 4 for a kilometre of pipeline, GAIL may end up spending about Rs 2000 crore for taking up 500 km long pipelines. However, actual acquisition would be worked out later subject commercial deals between companies.

At present, the country has a total of 16,981 km of operating natural gas pipeline infrastructure with a capacity to carry 387 million metric standard cubic meter of gas per day. Gail owns the bulk of it at 12,160 km.

Government splitting GAIL as it is required for a uniform and competitive gas market. The PSU currently has the monopoly both in terms of marketing and transportation of gas. This creates conflict of interest and affects discovery of competitive gas pricing.

The government is hoping to raise the share of natural gas in the country's energy mix to 15 per cent by 2030 from the current 6 per cent. It is also planning to double its gas pipeline network and gas import terminal capacity over the next few years. A dedicated entity would help in achieving these goals.

Also, a gas hub is being conceptualised and this would be effective only if all players have equal access to import terminals as well as pipelines. A well-functioning gas hub can ultimately end price control in the country where domestic gas prices are decided every six months on a government-set formula.

Stocks in Focus on December 23: NIIT Tech; ICICI Bank to GAIL; here are the 5 Newsmakers of the Day

Stocks in Focus on August 14: GAIL, Force Motors to Khadim; here are the 5 Newsmakers of the Day