Toy manufacturer Funskool India promoted by the MRF Group, has commenced operation of its second manufacturing facility at Ranipet near here giving a boost to exports, according to a top official. 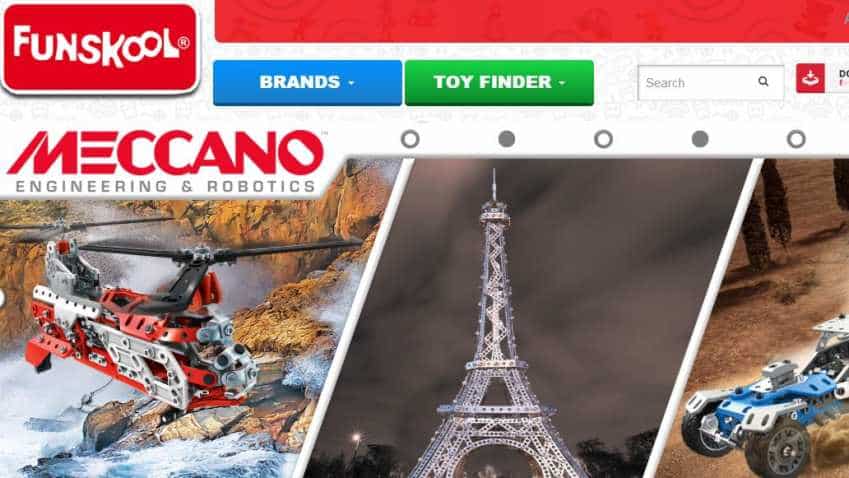 Toy manufacturer Funskool India promoted by the MRF Group, has commenced operation of its second manufacturing facility at Ranipet near here giving a boost to exports, according to a top official. The plant, spread across 61,000 sq ft land is located at the State Industries Promotion Corporation of Tamil Nadu (SIPCOT) complex in Ranipet, about 120 kms from here. According to the CEO, John Baby, the company would focus more on serving the overseas markets from the facility given the accessibility to Chennai port and other infrastructure availability.

"With an investment of Rs 25 crore in the plant and equipment, the new facility is focused on automation and is ergonomically designed and equipped with special features like heat resistant roof...," he said. Noting that the company has been making exports from its facility at Goa, he said the logistics cost from Goa was quite high.

"The new factory is focused on exports. Ranipet is about three hours from the Chennai port and Chennai port does not have congestion and other issues. It is advantage for our exports business," he told PTI.

The company for the first time would be using some robots in the manufacturing process, Baby said, adding the facility would have manpower of about 250 people by September. "Maybe, by October we will add 150 people and that is 400 people by December 2019. In Goa, we have direct employment of 500...," he said.

The large shop floor at the Ranipet facility was structured in such a way, that right from the intake of the raw materials to the packaging of the final product, all processes are completed on the same floor, making it more efficient, he said.

On the need for a facility to serve overseas market, he said, the exports for the company was growing at 50 per cent while the domestic was recording a single digit growth. "Goa facility is more of domestic and exports. But our exports business is growing at a fast pace. Our exports (figures) last year was Rs 40 crore. This year we may end up Rs 60 crore for 2018-19," he said.

On export revenues, he said, for 2018-19, the contribution from overseas would be 30 per cent.

"For next two financial years (2019-20) and 2020-21, 50 per cent will be from export and 50 per cent from domestic," he said. To another query, he said, the company was already serving Europe, the United States, Asia and African markets.

"From the new plant we will be sending to a few companies and they are based in Canada. They have big operations in the United States and European markets. First consignment will be going to Canada in June 2019 and other European markets," Baby said.

MRF Ltd, Vice-Chairman and Managing Director, Arun Mammen said, "Funskool has always been dear to MRF Ltd and we are proud to inaugurate our third factory in India and the second factory in Ranipet." This new facility has been constructed keeping in mind the growing demand in the sector", he added. Funskool India has been expanding presence across the globe with its own brands like Giggles, Fundough, Handycrafts.

The company is also a major OEM player in Europe and the US for companies like Hasbro, SpinMaster, ELC and Flair among others.