From Talgo train trial to rise in iPhone prices, here are six reason why August 1 is special

According to a DGCA release, the process of refund will be completed within 30 days even if the tickets are booked through travel agent or online portals. 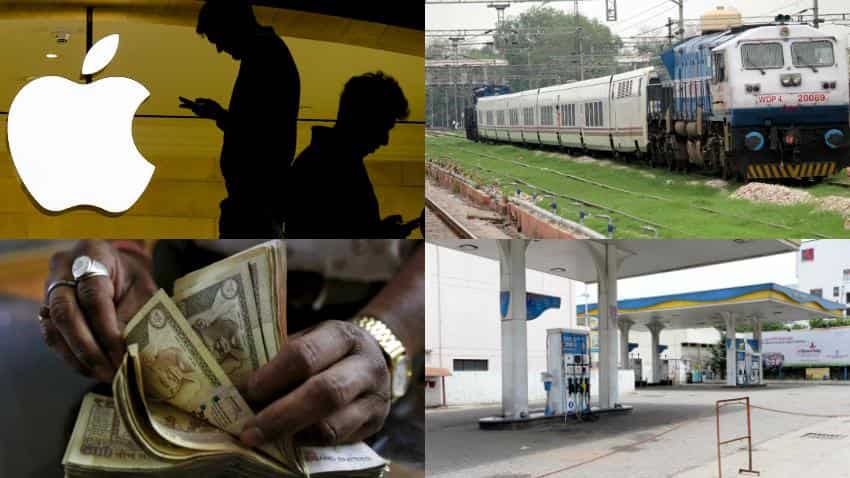 The third and final trial of Spanish train Talgo will start on August 1 for Delhi-Mumbai route. Photo: IANS and Reuters
Written By: Hitisha Jain
RELATED NEWS

More than half of the year has already passed. In the first half where the government was more focused towards framing the new policies and regulations, in the second half their aim is to implement it.

From getting hiked salary to rise in price of iPhones, here are six new changes which will be implemented from today:

The 7th Pay Commission benefits will be granted from 1st August 2016. This will be applicable to 4.65 lakh employees & 4.12 lakh pensioners.

Last week ZeeBiz had reported that the Government of India had published the implementation notification of 7th Pay Commission. In a relief for nearly one crore employees, the central government workers are set to get the revised pay from August.

The Ministry of Finance had already said that the arrears will be paid in one installment along with the salary for the August month.

According to a DGCA release, the process of refund will be completed within 30 days even if the tickets are booked through travel agent or online portals.

3. iPhone market prices to go in India: Apple has asked the retailers to keep the price of iPhone closer to the maximum retail price leading to the rise in price of phones, Phone Radar reported. The price of iPhones likely to increase from August 1 ahead of the launch of iPhone 7 in September.

4. Talgo's Delhi-Mumbai route trials to start from today: The third and final trial of Spanish train Talgo will start on August 1 for Delhi-Mumbai route. The train is expected to reach a speed of 130-160km per hour.

Starting from August 1 to August 5, the first day of trial run will begin at 7:55 pm from Delhi to Mumbai at the speed of 130 km per hour, covering the distance of 1384km.

Currently, Rajdhani Express is the fastest on the route and it takes around 17 hours to cover the journey. Talgo trains are fasters and are expected to cover the distance in mere 13 hours.

5. Registration of clients in Indian equity and commodity markets from today: The Securities and Exchange Board of India (Sebi) in a release dated on July 21 said, the registered intermediaries should upload the KYC data with CKYCR (Central KYC Records Registry), in respect of all individual accounts opened on or after August 1, wherever KYC is required to be carried out as per the circulars issued by SEBI from time to time and accordingly, should take steps to prepare their systems for uploading the KYC data.

From today, no fuel will be provided to those two-wheeler riders who are not wearing helmets. According to the government's new rule, the petrol pump dealers will be responsible for any action if they provide fuel such riders.

Last week, protesting against it, Petrol pump dealers across Maharashtra threatened to stop the purchase of new stock of fuel from August 1 if the government fails to withdraw 'no helmet, no fuel' rule for two-wheelers.