Free pizza and a 75-foot statue of Musk: the battle for the next Tesla plant

Tesla in public filings with Travis County said local and state tax incentives “serve a critical role” in getting the new factory under way and successfully compete against longstanding industry rivals. Tesla did not respond to requests for comment for this story. 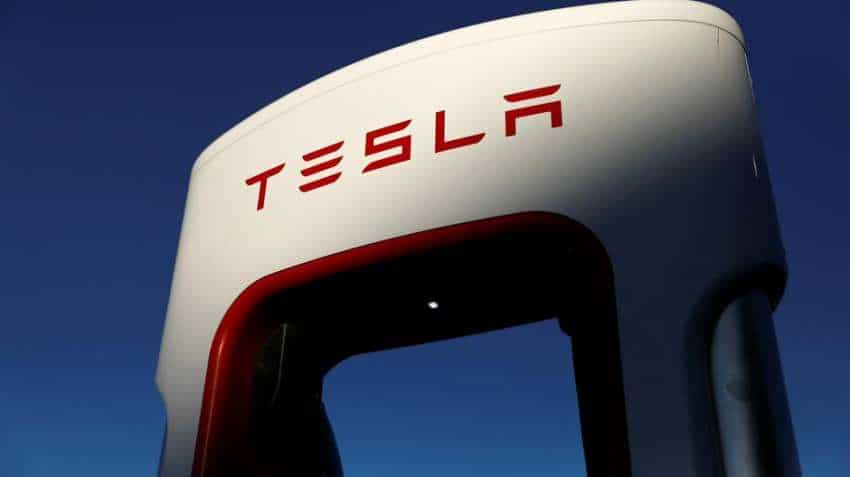 Hydrogen champion Hyundai races to electric as Tesla takes off

Tulsa, Oklahoma, is an oil-industry town with a 75-foot (23 m) statue called "The Golden Driller."

Austin, Texas, is a progressive city in a conservative state with a thriving software industry and a "Keep Austin Weird" counterculture image.

These two very different towns have one thing in common: They are both on the short list to land a $1.1 billion vehicle assembly plant for Tesla Inc - and up to 20,000 new jobs.

With a decision expected within a few weeks, the Austin-versus-Tulsa contest is heating up as Tesla and its chief executive, Elon Musk, stoke a bidding war over tax breaks and other concessions that would reduce the factory`s cost.

Travis County, home to Austin, is expected to vote this week on a portion of ten-year tax rebates totaling more than $65 million. The company told Texas officials the new plant would create at least 5,000 jobs, while Oklahoma officials were told about the creation of at least 7,000 jobs in the near term and up to 20,000 positions down the line.

But some Austin residents have told officials they are skeptical about subsidizing what is now the world`s most valuable auto company, after previously turning away Amazon.com Inc.

"Instead of focusing to get people a living wage ... you`re giving tax breaks to a company that`s worth billions. It makes no sense," Silvia Zuvieta-Rodriguez, a student at the University of Texas, told officials at a recent county hearing.

Tesla in public filings with Travis County said local and state tax incentives “serve a critical role” in getting the new factory under way and successfully compete against longstanding industry rivals. Tesla did not respond to requests for comment for this story.

In Oklahoma, Tesla fever is on full display.

That Golden Driller statue? It was recently repainted by a local Tesla fan club to look something like Musk, sporting a Tesla logo on its chest and a belt buckle emblazoned with the company`s name.

Musk himself flew in on July 3 to visit the undeveloped site overlooking Tulsa that would house the new factory, which would build Model Y sport utility vehicles and Tesla`s futuristic Cybertruck. Musk met with the state`s governor under a white tent in the sweltering summer heat, according to pictures posted on Twitter by Oklahoma`s governor, Kevin Stitt.

Oklahoma officials were scheduled to make their pitch to dozens of senior Tesla executives in a Zoom call on Monday afternoon.

"The response here continues to be overwhelming," said Oklahoma Commerce Secretary Sean Kouplen. "In the time that we`re in, having something positive to hold on to or grab is really making a difference."

Even local retailers have caught the Tesla bug. Kouplen`s children came home the other day with a photo of a special Tesla-themed snow-cone sold by a local store, and a Tulsa pizzeria has promised to give out free pies to all Tesla employees.

Tulsa, once known as the "Oil Capital of the World," is trying to remake its image with a $1 billion renovation of its downtown, including hip coffeehouses, raft races, jazz clubs and efforts to attract white-collar workers who can work remotely.

A new video featuring testimonials from engineers who recently relocated to Tulsa has been viewed 200,000 times, including by Musk, according to Oklahoma officials.

Several websites attempting to appeal to Tesla have sprung up. One, called "Big F*cking Field," purports to be in the voice of a plot of land and includes humorously fake endorsements by the likes of Thomas Edison.

"We were the original oil boom town in the `20s and it`s a cool way of saying something is changing," said Jacob Johnson, the creator of the websites and a Tulsa-based digital marketing executive.

In its search for a new plant site, Tesla short-listed eight central U.S. states and received incentive packages from many others, but only Tulsa and Travis County remain in the running. The company told Texas officials its plant would create more than 5,000 mainly low-skilled jobs at an average salary of $47,000.

Oklahoma has signed a nondisclosure agreement about its incentives package, but Kouplen claimed the bid was not only competitive but better in parts than Travis County`s. It includes business and personal tax breaks, most of which were already guaranteed under state law, which meant they would not require the kinds of public votes that have been delayed several times in Austin.

Details on the Travis County tax breaks emerged only during public hearings and it remains unclear whether the state of Texas would provide additional incentives. Governor Greg Abbott`s office did not respond to requests for comment.

Squeezing states for incentives is not new to the auto industry. Tesla itself received some $1.4 billion in incentives to build a battery plant in Nevada in 2014 and Alabama attracted German carmaker Mercedes-Benz with a $253 million package in the 1990s.

Those outlays now pale compared with the wealth of Musk, who is in reach of a payday potentially worth $1.8 billion as the company`s stock rally continues. Tesla shares have more than quadrupled so far this year as the company increased vehicle sales and is expected to return a second-quarter profit.

Hydrogen champion Hyundai races to electric as Tesla takes off