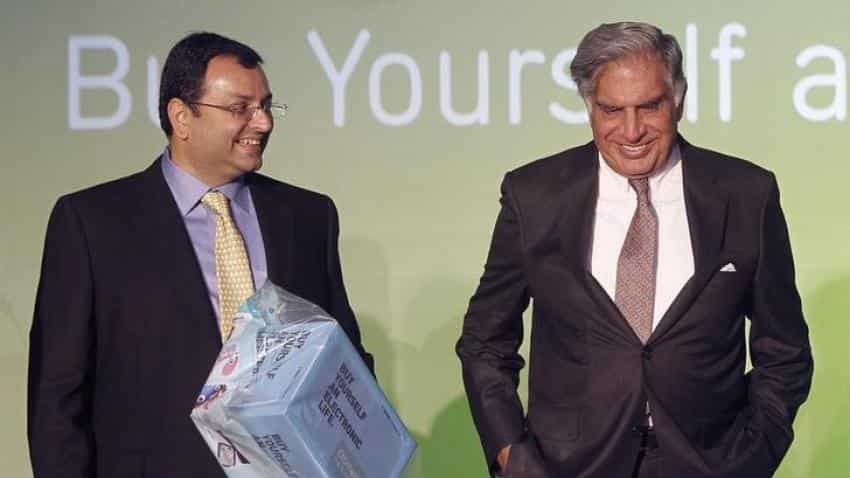 In what could prove to be a crucial week in the ongoing boardroom war between Tata Sons and its ousted Chairman Cyrus Mistry, four listed firms of the group will vote on resolutions to remove him as director from their boards.

All eyes will be on the outcome of voting by shareholders of Indian Hotels Co Ltd (IHCL), Tata Steel, Tata Motors and Tata Chemicals at their EGMs to be held on December 20-23.

Besides deciding the fate of Mistry, shareholders of three companies -- Tata Steel, Tata Motors and Tata Chemicals will also vote on similar resolutions moved by Tata Sons to remove independent director Nusli Wadia from their boards.

Shareholders of IHCL will vote on removing Mistry as director. Tata Sons holds 28.01% stake in the company.

According to the information available on BSE, as on September 2016, promoter and promoter group together held 38.65% stake in IHCL. One of the key non-promoter shareholders, LIC, which had abstained in a similar voting in TCS, holds 8.76%.

In Tata Steel, Tata Sons holds 29.75% while the total of promoter and promoter group holding is 31.35% while non-promoter shareholder LIC holds 13.62%.

Tata Sons holds 26.51% stake in Tata Motors, while the overall promoter and promoter group holding is at 33%, while that of LIC is at 5.11%. Mistry holds 14,500 shares in his individual capacity.

In the following week, on December 26, shareholders of Tata Power will also vote on a similar resolution moved by Tata Sons to remove Mistry as director. Tata Sons holds 31.05% stake in the company, while the total of promoter and promoter group is at 33.02% and that of LIC is at 13.12%. Mistry owns 72,960 shares of the company.

On December 13, Mistry was removed as director of Tata Group's crown jewel, Tata Consultancy Services (TCS) with 93.11% of shareholders present at an extra-ordinary general meeting voting for his ouster.

Mistry had described the outcome as a foregone conclusion considering the overwhelming 73.33% stake of the promoters but insisted that the voting by minority shareholders of TCS sent "a strong signal that the need for governance reform at Tata group must not go unheeded".

Mistry was on October 24 abruptly removed as Chairman of Tata Sons but he continues to head several operating companies of the Group. His predecessor Ratan Tata, who replaced Mistry as the interim chairman, is trying to tighten his grip by seeking to removal Mistry from boards of the operating companies as well.