Why drive when you can just fly? Auto major Mahindra & Mahindra may soon provide an answer to this problem of choice in style 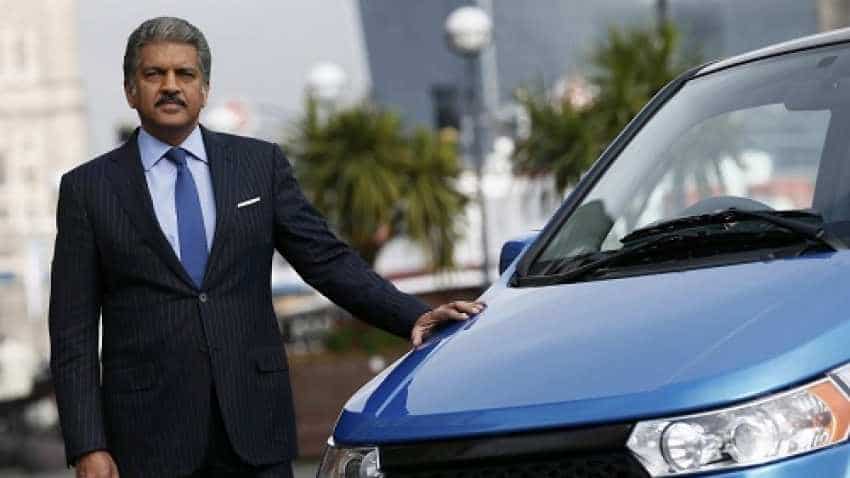 The Government of India is also working on a plan to start commercial seaplane operations in India. Image: Reuters File
Written By: Rajeev Kumar
RELATED NEWS

Why drive when you can just fly? Auto major Mahindra & Mahindra may soon provide an answer to this problem of choice in style - by adding a fleet of seaplanes to its already exciting range of SUVs and other vehicles for Indian roads. Anand Mahindra, executive chairman Mahindra Group, on Tuesday said that seaplanes being developed by his company are on their way.

In response to a request by a Twitter user to develop water vehicles, small sea planes, Mahindra said, "On its way! The floats for our Airvan aircraft are under development.."

The user named 'voyager' had requested, "Sir, You have made small air crafts for India. Request also please make small sea planes which can fly in the air and move in sea or rivers. We need water vehicles can take people from UP to Kolkata - this will make Ganga cleaned."

Mahindra's statement was welcomed by Twitterati, who came up with several suggestions and requests.

On its way! The floats for our Airvan aircraft are under development.. https://t.co/EjdizR3UUH

In April this year, Mahindra and Mahindra group had inked two MoUs to strengthen its defence footprint. During the DefExpo 2018 at Chennai, the company had signed an MoU with Japanese ShinMaywa Industries dor developing US-2 Amphibious Aircraft.

"ShinMaywa US-2, manufactured by Japan-based ShinMaywa Industries, is a modern amphibious aircraft is a veritable force multiplier since it fulfils a multitude of missions in a single platform. It is an unique aircraft and the only ‘in service’ open sea capable amphibian aircraft with state of art equipment, very rough sea operations (Sea state 5 up to 3m wave height), riverine/lake landing capability, STOL features, long endurance and extended radius of operations with large payload capacity.," an official statement had said then.

"With such unique features, US-2 may be considered as an effective platform to carry out ‘Benign’ missions such as SAR, CASEVAC, Humanitarian Relief and Disaster Management, and ‘Constabulary’ missions such as extended EEZ surveillance,Maritime Domain Awareness (MDA) missions of the Indian Navy etc," it added.

Mahindra Defence entered into the partnership with the Japanese firm to set up MRO services in India and also undertake manufacturing, assembling of structural parts and components for US-2 amphibian aircraft etc. "Mahindra is the only Indian private sector OEM for small aircraft which sold in many countries globally. Given their joint capabilities it is only natural that both companies have come together and are confident of delivering solutions for this aircraft as mandated by the Indian Ministry of Defence," the release said.