Crunched for cash, Jet Airways has begun belt-tightening exercise with sources claiming that the  full service  carrier (FSC) has been cutting capacity and flights to curtail cash burn to keep afloat. 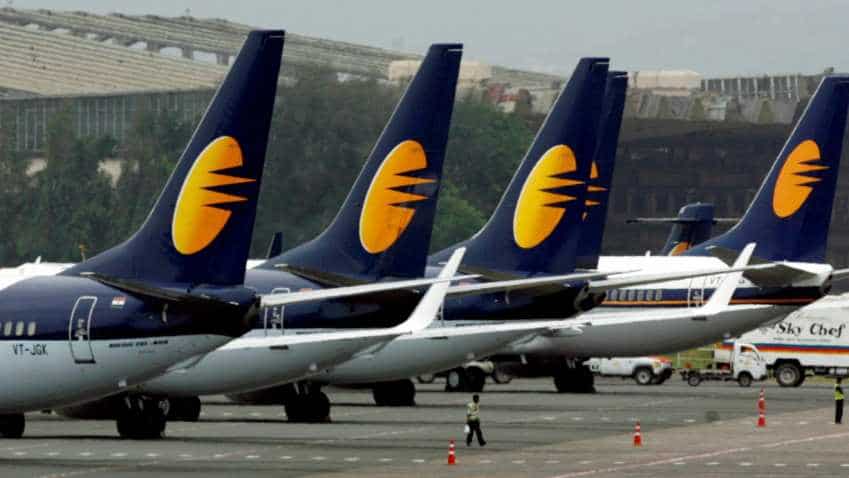 In a written response to DNA Money’s queries, the Naresh Goyal-promoted airline refuted this and said “occasional aircraft changes were a result” of its network optimisation efforts. Image Source: Reuters

Crunched for cash, Jet Airways has begun belt-tightening exercise with sources claiming that the full service carrier (FSC) has been cutting capacity and flights to curtail cash burn to keep afloat. An industry source, who spoke to DNA Money on condition of anonymity, said, “Three A330s have been grounded: one in Chennai, one in Abu Dhabi and one in an undisclosed location in Europe. Hence six routes have been reduced. The aircraft could have been grounded for reducing capacity, and not routes”.

The source told DNA Money the grounding of the aircraft could have been done to prune capacity by merging flights with negative operating margin on a route to cut costs, and thereby reduce losses. Another source also claimed that Jet’s aircraft have been grounded but could not confirm the aircraft type or the reasons for it.

In a written response to DNA Money’s queries, the Naresh Goyal-promoted airline refuted this and said “occasional aircraft changes were a result” of its network optimisation efforts.

“Jet Airways would like to state that your information is false and incorrect. The airline is always working to optimise its network and occasional aircraft changes are a result of such efforts as well as scheduled maintenance from time-to-time,” replied the beleaguered airline, which has been defaulting on or delaying payments of senior employees’ salaries over the last few months.

Till June, out of Jet’s total fleet of 120 aircraft, 119 were operational. As per information available on its website, the airline currently has a fleet of 124 aircraft, including those on dry leased to other air carriers.

Aviation expert Pankaj Pandit said grounding of aircraft was normal during the financial crisis. According to him, long-haul aircraft consume more fuel and so are, generally, among the first to get hit when an airline starts cutting operations. He said this helps airlines trim variable costs such as fuel, landing, navigation, handling, crew allowances, distribution and marketing and others.

“Airlines meet a large part of their working capital requirement from operating flights, but if a flight turns cash negative (having negative operating margin) then it’s better to ground them and stop the cash burn. It is the easiest thing to do rather than wait for the times to improve. Just like companies cut down production by shutting factories, airlines stop operating certain flights or aircraft, which are cash negative,” he said.

The operating margin of domestic airlines have been declining in recent times.

Pandit believes operating margin may have moved in the negative territory in FY18 due to rising operational cost, primarily because of higher aviation turbine fuel (ATF) jet fuel prices.

According to numbers put out by Jet Airways for the first or the June quarter of the current fiscal, Jet’s actual plane load factor (PLF) at 80% was below its breakeven PLF of around 94%. And since June the crude prices have climbed quite a bit, the gap between the breakeven PLF and the actual PLF may have widened further, unless the yield were also proportionately up.

Its earnings before interest, depreciation, tax and amortisation (Ebidta) slipped to -15% in the first quarter from 6% a year ago. The airline’s Ebidta for the three months ending June 2018 was negative at Rs 962 crore compared with Rs 399 crore in the same period in the previous fiscal.

Its revenue per available seat kilometre (RASK), measured by dividing operating income by available seat kilometre, has also dropped 3.9% to Rs 4.10 on a year-on-year basis. What has made matters worse for the airlines, especially Jet, is that despite a fall in RASK they have not been able to raise fares as they do not possess much pricing power due to the competitive intensity in the market.

The airline recently raised Rs 258 crore through advance sale of tickets from Jet Privilege, a customer loyalty programme.  This will meet its immediate working capital requirement even as it struggles to pay employee salaries. To DNA Money’s query on delayed salary payment, the listed airline firm said, “While the company has been diligent in running its payroll as per schedule for all employees, it is only in the last couple of months that the schedule has been impacted due to unavoidable reasons.”